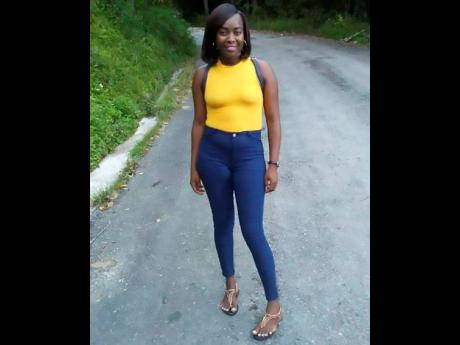 The Turtle Pond district in Clarendon has been plunged into mourning following the shooting death of 21-year-old hairdresser and mother of two, Janise Simpson.

Reports from the Crofts Hill police are that at about 9.30 p.m on Saturday, Simpson and a man were in a motor vehicle along the roadway when a gunman allegedly approached them and demanded their valuables.

The gunman then opened fire hitting them. The two were taken to hospital where Simpson died while undergoing treatment and the man admitted for treatment.

"Har death very painful. I feel it to me heart. I am very sad to know she gone that way. I wasn't looking for her to go that way," said Young, who is the father of Simpson's two-year-old daughter. He also described her as a loving, kind-hearted person.

Simpson's mother, Mary Blair, said she is not cognisant of any reason as to why anyone would wish to harm her daughter. The elderly farmer said Simpson, the fourth of her five children, was a quiet girl who had a passion for cosmetology.

Blair said that she last saw her daughter alive last Thursday about 1:30 p.m. when she brought clothes for her son at her mom's home.

"Me tell her say them (the clothes) look nice and she turn and say goodbye to her little boy. And when she a walk out she call out to him again and that was the last goodbye," she said.

Blair shared that the ordeal is particularly hard for her as she raised Simpson and her siblings as a single parent.

"Is I who father them enuh, the father died from early. Is I school them, do all domestic work for them," she said.