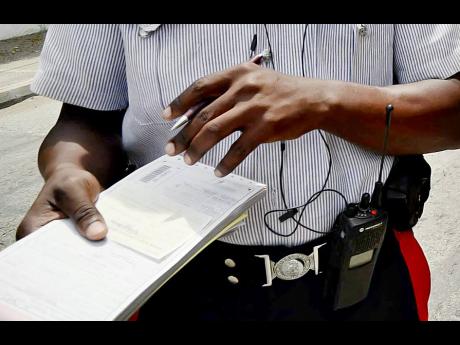 A resident of Sandy Bay, Clarendon, has found himself in trouble with the law after amassing more than 450 traffic tickets.

Kenneth Gonzales, who had five outstanding warrants and had accumulated 473 outstanding traffic tickets, was fined J$85,000 or 14 days in jail when he was taken before the Traffic Court yesterday.

Gonzales was also offered bail with surety in the sum of J$150,000.

Another man, Kedron Marriott of Henderson Avenue in Kingston 11, had seven outstanding warrants and accumulated 683 outstanding traffic tickets. He was fined J$84,000 or 14 days when he appeared before the court.