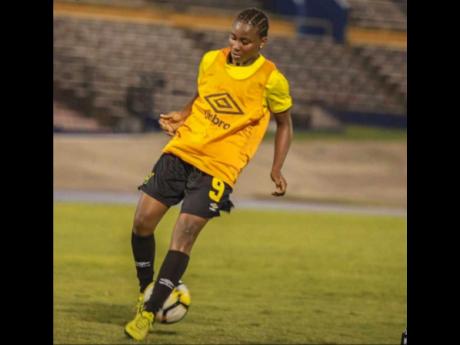 A dispute over a cellphone is believed to have led to the death of one of Jamaica's talented female footballers.

The police say Clarke's friend has since been arrested.

The incident has left the local football community in mourning.

The Reggae Girlz midfielder was also the captain of the Waterhouse Football Club's women's team.

The Jamaica Football Federation (JFF) this morning remembered Clarke as quiet and warm.

Clarke had been on a determined drive to improve her skills and fitness and was making plans to go overseas to start college in January 2020.

"The JFF family expresses condolences to Waterhouse FC, her family, her friends and her colleagues at the senior level," said a JFF spokesperson in a release.

Chairperson of the JFF Women's Football Committee Elaine Walker-Brown was tearful as she remembered Clarke as a bright prospect for the game.

Clarke last represented Jamaica in the Caribbean leg of the Olympic qualifying tournament in late September, scoring her first senior goal in the 10-1 win against Cuba at the National Stadium on September 30.

She was also a part of the senior team in the lead up to the 2019 FIFA Women's World Cup in their game against Nottingham and wore the national colours in Peru at this summer's Pan American Games.