Woman feeds homeless for her birthday 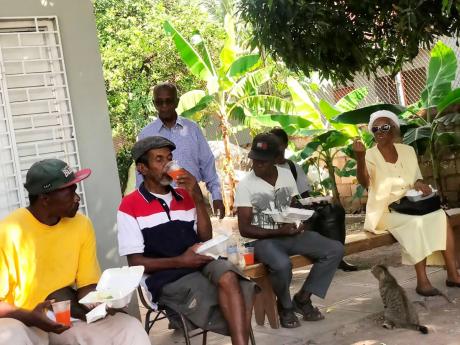 Some of the persons who benefited from the kind gesture. 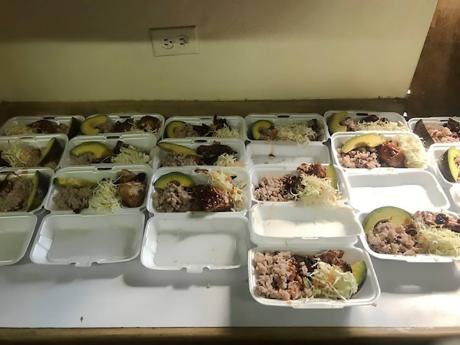 Boxes of food waiting to be delivered. 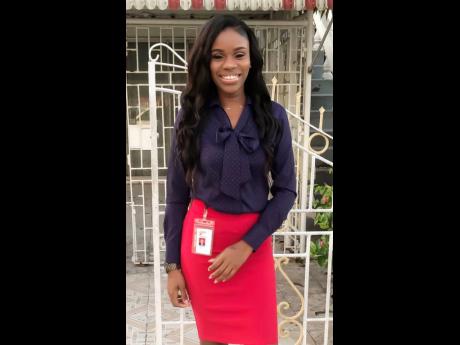 Giving back has become something that Latoya Fray thinks is necessary in life.

She told THE STAR that for her birthday, which she celebrated on November 7, she decided that rather than receiving gifts, she wanted to be the one giving them.

But Fray could not decide what she wanted to do. However, during her daily journey home on Half-Way Tree Road in St Andrew, she got the idea to give back to the homeless.

"I [have reached] a point in my life where I can give back to persons, so I decided that for this birthday, I was going to give back instead of receiving. When I walk home in the evenings on Half-Way Tree Road, I pass plenty of them, and they are always begging food. Sometimes I walk with snacks from work and I would give them, so I thought that I could give them food so at least for one day, I could be assured that they have one good meal," she said.

The mother of one said that while she mainly carried out this act of kindness to help the homeless, it was also to teach her three-year-old that there is more to life than receiving.

As a person who believes in fate and faith, she said in the event that something happened to her, she wants the blessings of her good deeds to follow her daughter.

"I called the KSAMC (Kingston and St Andrew Municipal Corporation), and they said I could not do it on my own like that; I had to do it through a church. I called Bethel Baptist on Hope Road (St Andrew), and they offered to do it because it is something they do as well," she said.

Though her birthday was last Thursday, the distribution of food was done on Sunday at the church. Though she was happy to offer assistance, she wished she could do more.

"I was in tears there because some of them (the homeless) wanted seconds. The one [boxed of food] wasn't enough because they were really hungry, but it had to share. So it brought tears to my eyes because I did not have enough," she said.

But Fray said that this was just the beginning as she would like to assist the church in feeding the homeless in December and continue on this journey.

She is also appealing to persons who have good clothes that they no longer wear to donate them to the church as this would benefit the homeless in a great way.