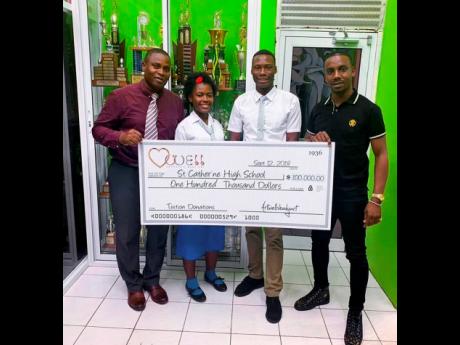 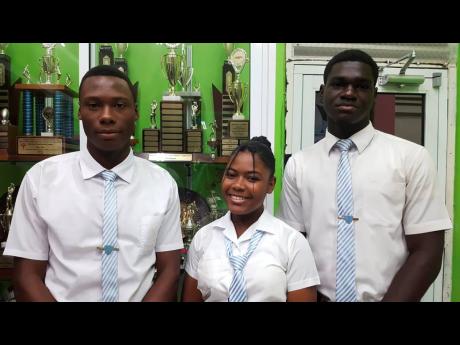 When Andrae Artwell was going to school, he always gave to children who did not have as much as he did.

He grew up learning that it was a good thing to give and he hasn't departed from that mindset as an adult.

Now 32 years old, he told THE STAR that he found himself in a position where he could give back and help people who are in need.

To do that, he reached out to his alma mater, St Catherine High School, where for the past two years he has been paying tuition for children whose parents cannot afford to.

"I paid the tuition for three children last year to go to sixth form, with the hope that they would keep up good grades, and they did. I have always been a giver and [while] attending St Catherine, I had a lot of friends, real smart, but [they] didn't have the help or resources to better themselves and I always told myself, once I was in a position to help, I was going to," he said.

The Spanish Town native said that he knows there are many past students who are in a good position and want to help, but they don't know how to go about doing so.

However, through this initiative, he hopes to show them that they can donate and have confidence that their money is not being wasted.

Artwell, who owns a few jewellery stores in the US, said that because he is not on the island often, he chooses someone at St Catherine to help him select the children who will get aid.

He said that he will continue helping as long as he can because he knows that with help, children can achieve the best.

"I am hoping to find others to help me because there's a lot more students that need the help, and not just St Catherine High, because other children from other schools need help also," he said, noting that he has also offered assistance to children from Greater Portmore High. "The children appreciate it. All they need is someone to help push them to reach their potential. I want to continue this as long as I can, and I would like other persons who can, to reach out and help these children."