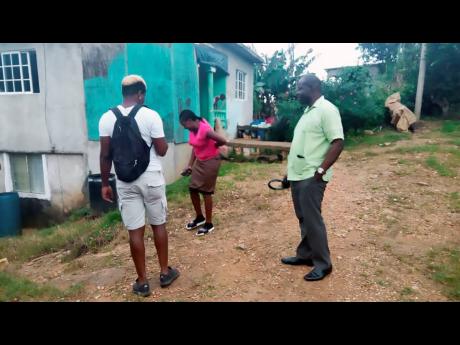 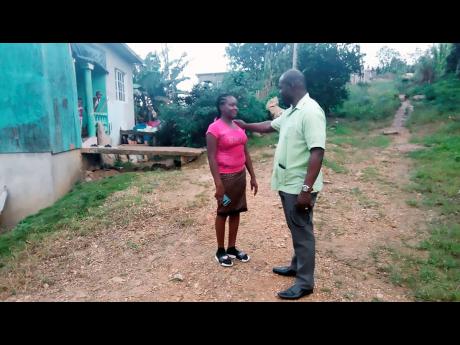 Two men were shot and killed, and another shot and injured, after gunmen travelling in a motor car carried out a drive-by shooting in the farming community of St Vincent, in top Trelawny yesterday morning.

The deceased have been identified as 32-year-old Ricardo ‘Crab’ Williams, farmer of Campbell’s Land, and 42-year-old Mark ‘Champs’ McHardy, farmer of Freeman’s Hall, both in Trelawny.

Another man was shot and injured by the gunmen and is presently in hospital in critical condition.

When our news team visited the quiet community, Reverend Nicholas Dixon, pastor of the St Vincent New Testament Church, was offering counselling to relatives of the deceased.

“It is very sad, because at this time this was not expected,” he told THE STAR. “I am now in my fourth year and this is my first experience with an incident of this nature, so one can see that this is a quiet community. I am very close to the family, and in fact to Ricardo, who was a very hardworking member of the community. I hope persons take this as a sign that now is the time we need to unite.”

Loraine Williams, Ricardo’s sister, remembered him as a jovial, friendly and kind person.

“My brother Ricardo was one of the funniest persons, he was always at work, and even on Sunday night before he left the yard he wanted me to accompany him to down to the club,” she said.

Superintendent Kirk Ricketts, commanding officer for Trelawny, told THE STAR that a team of investigators are now busy searching for clues.

“This community is relatively quiet and it is very unfortunate for such an incident to have taken place. We are urging residents to tell the police what they know, and also the police have launched a full investigation into the shooting and will not stop until those responsible are brought to justice,” Ricketts said.

Reports are that about 12:15 a.m., the men were among a group of persons outside a nightclub in the community, when a motor car drove up with two men on board.

The passenger in the vehicle opened fire hitting McHardy multiple times. After he fell, the driver was overheard shouting that it is the wrong man, so the gunman fired again, hitting Williams multiple times.

The gunmen then sped away, but not before opening fire at another group of persons, hitting the third man.

The police were summoned and upon their arrival, all three men were rushed to hospital where McHardy and Williams were pronounced dead, and the third victim admitted in critical condition.

Since the start of the year, 28 persons have been murdered in Trelawny, the same number killed at the end of December 2018.