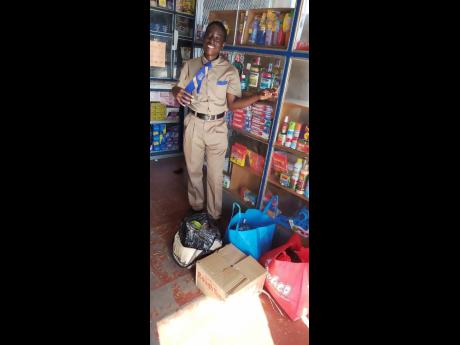 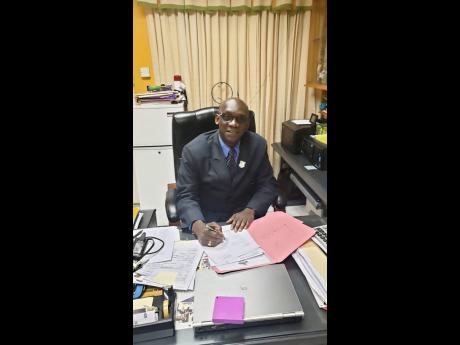 The Christmas season is a time of joy, love, and cheer, but Gladstone Lindo is feeling none of that. All he's feeling is devastation after a fire destroyed the place he called home on Nugent Street in Spanish Town, St Catherine, early November.

THE STAR reported that his son, Omar Lindo, had received a great deal of help from his classmates at the Jonathan Grant High School. However, the boys' contribution can only do so much.

Gladstone told THE STAR that he, along with five of his children, will be out in the cold this Christmas.

His older daughter has been staying with friends.

"I don't even know how everything is going, enuh because a out a door me haffi deh wid the children dem. Me need help. I don't have anywhere to stay for the Christmas. Me not even worry bout meself ... a just the kids dem me worry bout. Right now me a try get two tarpaulins. We out a door fi di Christmas," he said.

The single father says he is trying to get material to build a house so that his children can be comfortable and have a sense of belonging.

"Only family me have a me pickney dem, enuh. I would like to get some blocks and steel and something to see if I can put up back one house because that is, basically, the most important thing. That would be very good. If a even one two-bedroom, me and dem wudda gwan bounce it till better come."

O'Neil Ankle, principal of Jonathan Grant High School, told our news team that he has offered the father some words of encouragement.

"He's under stress. He is to meet with me so we can talk ... just talk, generally, with the guidance counsellor. There's no wife or woman around. You know Christmas is coming and you have that feeling for family and to get together, and this is what you have to face as a man. It can really take a toll when you realise you can't provide for your family the way you want to," Ankle said.

Ankle is also trying his utmost to comfort 16-year-old Omar through this adverse experience as he believes the father's stress has spilt over into his life.

"I saw him Wednesday night, and he doesn't look so happy. The guidance counsellors are talking to him because he has to understand that this is an unfortunate situation and he has no control over it. He just has to bear with it until better can come. Hopefully, he will see that it is just a setback in life," he related.