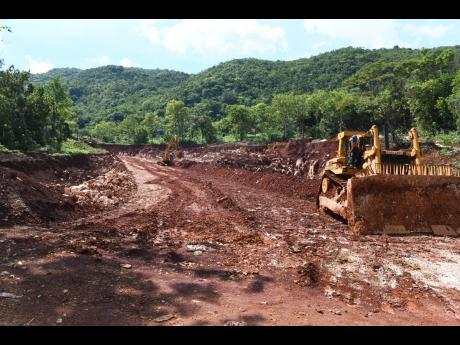 An area being cleared for the construction of a roadway for bauxite mining in Harmons, Manchester. 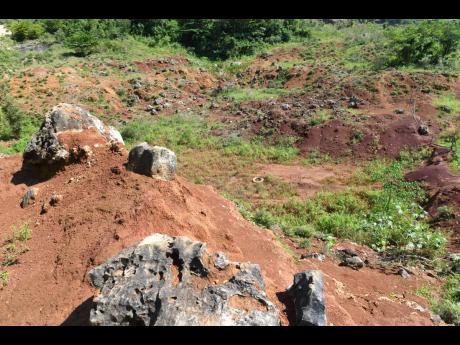 Mined out lands in Harmons, Manchester. Residents want it reclaimed so they could put it to productive use. 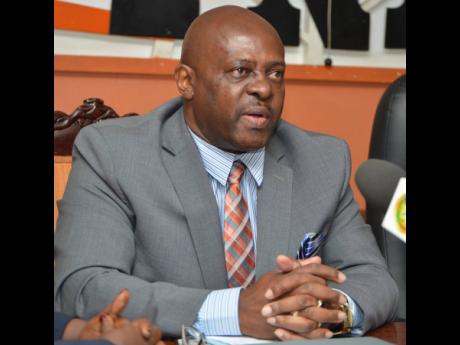 Some 36 communities in South Manchester are without electricity, a reality that the member of parliament (MP) for the area described as a crying shame.

Michael Stewart, addressing the House of Representatives yesterday, said that much more needs to be done to improve the lives of the people there.

Stewart, a first-term MP, said that while South Manchester has given much to national development through bauxite, it "has nothing to show for the sacrifices they have made".

"The constituency has the worst infrastructure, the roads are in a deplorable condition, there is no piped water supply in the mining areas," Stewart said.

He said that the bauxite levy has not been of much assistance to the constituency, and it is time that South Manchester gets its fair share of the pie.

"I call upon the Government to have a heart. The citizens of South Manchester are worst off because of bauxite mining ... their fruit trees are no more, their coffee and pimento trees are no more ... the constituency once produced the best sweet potato in the world. This is now becoming an endangered species."

He said that mined out bauxite pits continue to be left opened for years and called on the authorities to monitor the activities of the mining companies and seek to remedy the problems. Stewart said that crops such as oilnut and cassava could be grown in the mined out areas, but the farmers will require governmental support.

In relation to roads, Stewart said that his constituency has some of the worst. He especially pointed to the Downs to Alligator Pond, St Toolies to Reeves Wood, and Reeves Wood to Harmons roads.

"The Alligator Pond fishing village is the fastest growing area on the south coast but sad to say the tourism product is being damaged," Stewart said.

He said that persons in his constituency see other constituencies getting "carpet" while they have "nowhere to drive".

"This kind of neglect to rural constituencies does not augur well for holistic and national development," he said.