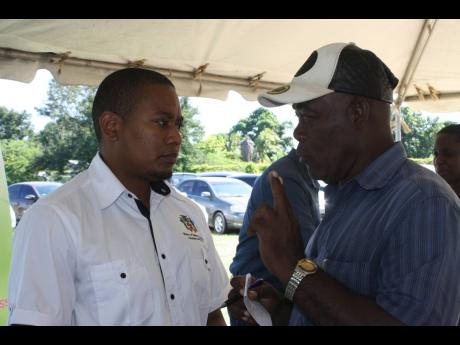 Jamaica has received 48 containers of fertiliser from the North African nation of Morocco, a portion of which will be given to former sugar workers at Monymusk.

State Minister in the agriculture ministry, Floyd Green, said the fertilizer is being distributed under the Government's Production Incentive Programme.

"I really want to take the time to thank the Kingdom of Morocco for the fertilizers to support the Government's Production Incentive Programme. They have supported the programme, which targets priority crops such as onions and potatoes, and others we have identified, in treating with import substitution,"

Green was speaking at a job fair organised by the HEART Trust/NTA in collaboration with the Ministry, the National Irrigation Commission, and the Rural Agricultural Development Authority, at Pawsey Park in Lionel Town on November 29.

The job fair sought to target displaced sugar workers, their families, and community members from the Monymusk area and is a planned strategy by the Government to provide assistance to those affected.

In addition to providing the workers with fertilizers, the Government also plans to give the displaced sugar workers seeds to plant.