Schoolgirl shot in head back in hospital 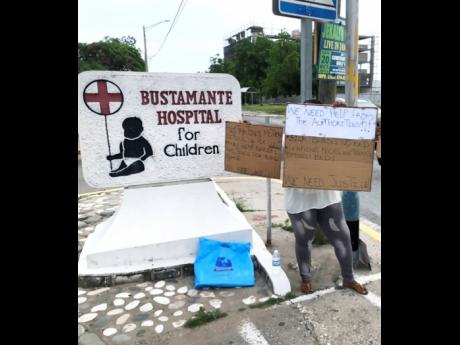 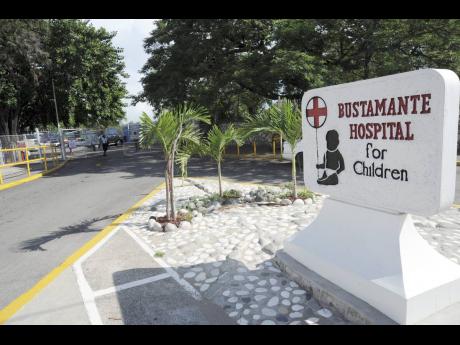 Weeks after she was released from the Bustamante Hospital for Children, the schoolgirl who was shot by thugs on Waltham Park Road has been re admitted. Speaking with THE STAR yesterday, the girl's father, Delroy, said the preteen was admitted to detect the cause of the constant fluid that was draining from her nostrils.

"From she in there the first time, I keep on pointing it out to the doctors that there was fluid running from her nostrils but they still send her out with medication. We took her back to the clinic at the hospital and I told them about it again. They took a blood sample from her and when we got back the result, they admitted her same time," he said.

The then 11-year-old was shot on Waltham Park Road, Kingston, on September 6, as she headed home from school. She was shot twice, once below the left ear and above the right eye.

The pain and distress was evident in Delroy's voice as he spoke about his daughter's ailments and complications.

"They recently pushed something in her spine to help to stop the fluid from running but anyhow this procedure nuh work, they are going to have to take off her entire head crown to go inside her brain. Her skull is cracked and there are fragments of the bullet still inside her. My little girl is in so much pain. It pain mi heart to see her a cry and can't do anything about it," he said.

The distraught father said he is strapped for cash and has even borrowed loans to assist with his daughter's growing medical bills.

"Mi spend over $600,000 already and right now she have a next CT scan to do. All of this is affecting my daughter in the worst way and even her speech is affected. I have to get her glasses because she is having vision problems as well as hearing problems. I would really appreciate any assistance that anyone can give and I cant thank everyone enough for their prayers," he said.

Persons wishing to assist Delroy with his daughter's medical expenses may contact him at 876-848-8386.