Family of dengue patient found under bridge gets attorney 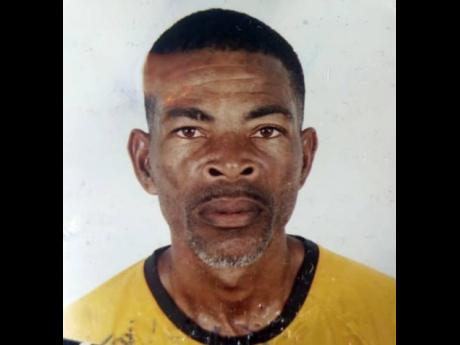 Immediate family of 50-year-old Reymond Deans, the dengue patient who was discovered dead under a bridge in downtown Montego Bay hours after being admitted to the Cornwall Regional Hospital (CRH), has now retained the services of a lawyer.

Deans, who resided in Sammy Bush in Springfield, St James, was admitted to the CRH on November 21, after being diagnosed with dengue-like symptoms.

But his friends and family were shocked after they received news the following morning that his body was fished from underneath a section of the North Gully Bridge.

Winsome Deans, Reymond's widow, told THE WEEKEND STAR yesterday that she had not received answers from either the Ministry of Health or the CRH administration, hence their action.

"The lawyer wrote to them (CRH), and I was informed that in reply they said they were carrying out investigations into the matter at the hospital, and would be contacting us for a meeting in short order. We are now eagerly awaiting their call," she said.

Winsome said that there are no words to explain how she is now feeling without her husband being around.

She said that she is still suffering from the thoughts of him being admitted, and getting that phone call informing her that he was found dead, miles from the hospital where she had left him safe and sound that Saturday afternoon.

Reports are that Deans, who returned from Canada on the overseas farm work programme in July, complained of feeling ill on Friday, November 20, and was taken to the hospital by family members.

After a number of tests, the family was informed that Deans had symptoms of dengue. He was admitted the following day.

Winsome said that she is yet to get any sort of answers as to how he actually died, how he was allowed to leave the hospital, and how he ended up under a bridge, which is not in the direction where he would even travel to go home.