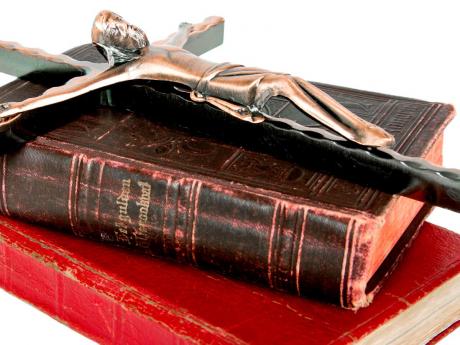 T he dancehall community has been at odds with the Government on the use of expletives within its space, however, it seems to be something that is embraced by one church.

In a video shared to the news team, a woman was speaking to the congregation on the pulpit about using praise as their way of life.

The woman was not chastised in the video for her utterances.

However, pastor of the Lighthouse Assembly Church of God in Spanish Town, Rohan Edwards, was not accepting of such acts in the house of the Lord.

He told THE STAR that in the event such an atrocity happens in his church, he would immediately put a stop to it.

Shut you down immediately

Comedian Owen 'Blakka' Ellis said while using expletives in a public space bothers him on a personal level, he is not in a position to judge anyone.

He told THE STAR that he was raised by a verbally and physically abusive aunt who would hurl expletives at him at her heart's content; therefore, he would be triggered by hearing such words.

Regardless, he said that people should be mindful of what they say.

"As an artist, I want to say I believe in the freedom of expression and it is people's right to express themselves the way they see fit. But I must know that as a human, parent, grandparent and Christian, I have to balance right and responsibility and I have to understand that if what I say offends at least one person, I have to ask myself 'Is it worth saying?'. I don't want to condemn people because that is not my role. I can say it offends me personally. I won't pronounce judgment on it, that's not for me, I'm no judge," he said.

But Edwards said that persons who regard themselves as Christians should find other ways to express themselves.

He explained that repeating a word they know is bad is a sin and they should find other ways to be in control of what they want to say.

"If she a Christian woman, she should know that she could find a way to explain it without cursing bad word. You can say 'blankety blankety blank', but you can't use the exact words because that is not responsible. I am not saying there is no way it can happen at my church because things happen that you don't know would happen. So if it does happen, I would shut it down right away and tell the person don't do that," he said.