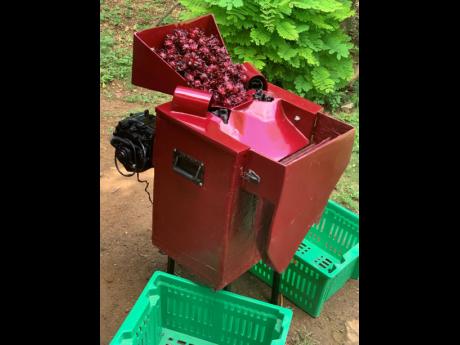 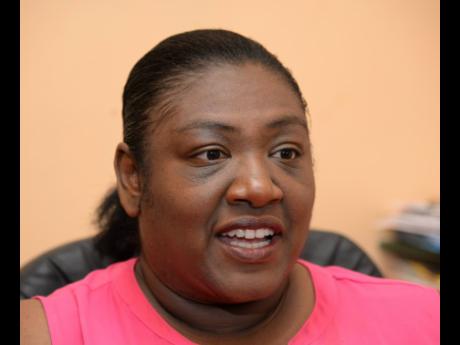 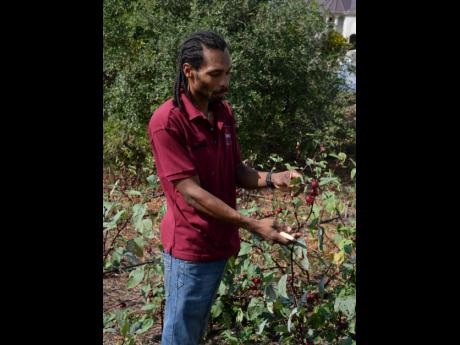 Oral Turner, the man behind the invention of the sorrel-stripping machine.
1
2
3

Seven years ago, Allison Turner and her husband, Oral, were at his community farm store in St Elizabeth when a customer came in and said that he was going to abandon his sorrel crop that year because he could not afford the overhead expenses involved in getting the crop to market.

Understanding the problem, Oral decided to find ways to make the lives of sorrel farmers easier. He took it upon himself to build a machine that would extract the seeds from the sorrel in a way that can reduce labour cost.

After numerous trials and errors, the Turners have finally designed a machine that they feel is capable of giving sorrel farmers a cost effective way of stripping thier produce.

"There are many times we wanted to give up and people discouraged us too," Allison told CENTRAL STAR.

"We had two prototypes but we had to go back to the drawing board because it was cutting the sorrel in pieces but now we have the only machines in the world that can strip sorrel and keep them whole. There is no other one from this one that we have," she declared.

"From a hygienic perspective, it is much better because there are not many people touching the sorrel. An average farmer would pull like 1,000 pounds of sorrel and he would use 10-15 people to get that. With our machine, it is just one person and it can put out the same amount," she said.

Typically, farmers employ labourers to hand-strip the buds at harvest, or a broken umbrella stick or some other device is used to push the seed up and through the base of the bud.

The Turners have 10 sorrel-stripping machines at their home in Comma Pen, St Elizabeth. The machines are rented to farmers at a cost of $7,500 per day, per machine.

"When they rent it, we take it to them to use. For now it is only available in Jamaica, but if the model works here, we are taking it outside the country next year, possibly looking at manufacturing 100 more such machines," Allison said.