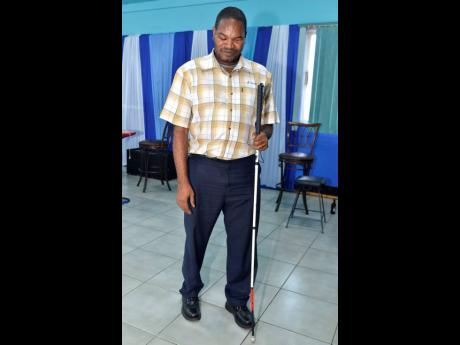 Daemion McLean says the roll-out of a voice-enabled smartphone "has returned a semblance" of independence to blind and visually impaired people.

McLean, chairman of the board of directors for the Jamaica Society for the Blind, made the comment while speaking at a recent meeting of the organisation, which was attended by a member of Flow Jamaica.

"We won't have to feel shy asking people to call or text on our behalf, because we can now do it ourselves," McLean said about the product.

"With over 28,000 Jamaicans completely blind, 80,000 who are visually impaired, along with senior citizens who are losing their sight, a large portion of our community is unemployed and unable to utilise or afford smartphones, or their accompanying mobile plans - the Flow RISE package is different and caters to our needs."

Whitney Fennell, a senior director at Flow, said the mobile solution seeks to bridge the digital divide in an inclusive way.

"The RISE package was designed with our consumers in mind, specifically the visually impaired, blind, senior citizens, and people who do not feel confident enough to handle a traditional smartphone," Fennell said.