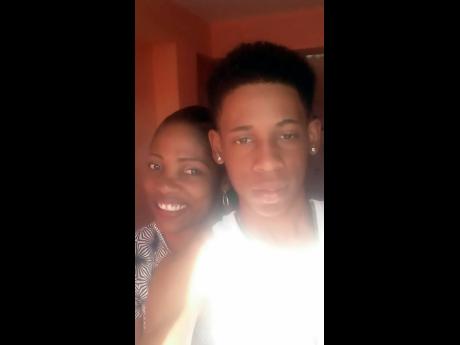 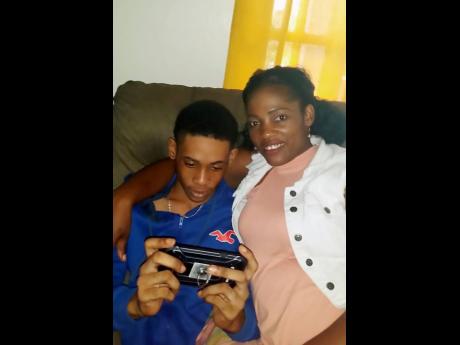 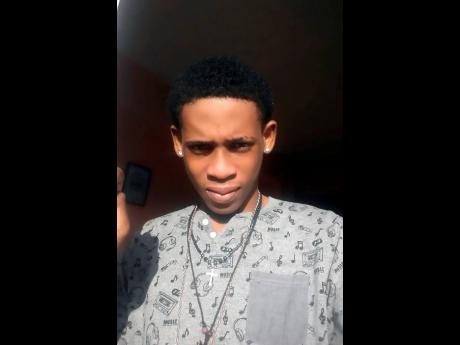 Kerene Scott was looking forward to celebrating her 39th birthday last Sunday, however, the day was dampened with grief.

Two days earlier, her third child, Simon Guthrie, 16, died after being hit by a motorbike the previous night, while trying to cross the road in Orange Bay, Hanover.

“He told me that he was going to ‘show his face’ at his friend’s party and come back, but he did not reach the party. I got a call that he was going to cross the road when a bike hit him. I heard that one of his legs was separated from his body,” she cried. “I was so heartbroken yesterday (Sunday) because when I normally ask him for my gift when my birthday is here, he would always tell me, ‘Mommy, I am your gift. I am your birthday present’, because he was born the day before my birthday,” she said.

According to reports from the Corporate Communications Unit, Simon was crossing the Orange Bay main road about 10 p.m.

A driver of a motorbike who saw him, tried to swerve out his way, however, he could not do so in time.

Both were taken to the hospital where Guthrie died the following day; the rider was admitted.

Since the accident, Scott and her other children have been left to pick up the pieces. She said she wrestles with sleepless nights.

“I can’t sleep. I can’t eat. Everything I do I just think about Simon. I can’t cook because whenever I start to cook, he would come and take over the stove to prove that he can cook better. He was a very competitive person and very disciplined. Even his friends were saying yesterday that they admired him for his discipline. If he says that he is spending five minutes somewhere, that is what he is doing,” she said.

Scott described Simon as a good child, who was a top student at Rhodes Hall High School.

“He was my friend, he was everything to me. He was the one who, when I get my salary, he would budget it out and tell mi how to spend it. He was like the accountant of the family because he said that is what he wanted to become. He would have been 17 on Saturday (January 18) but he was taken before,” she cried. “When mi go inna the hospital and hear mi son a cry, all mi coulda do a bawl out him name and a shout and tell him mi love him and him seh: ‘Mommy, mi hear you’,” she said, adding that he went in to do surgery on his severed foot, but never made it out.

“They placed him on a life machine but he didn’t come back and he was pronounced dead on Thursday,” she sighed.

The news team made attempts to get a comment from the commanding officer of the division but up to press time, she was still in meeting.