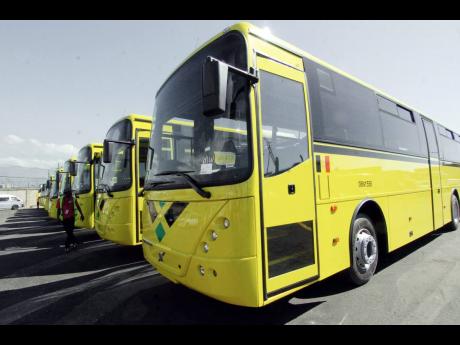 An unidentified man has succumbed to injuries following an incident involving an International trailer head which made contact with a Jamaica Urban Transit Company (JUTC)-chartered bus on Sunday.

According to reports, around 4:30 p.m., the JUTC bus was travelling along Green Acres main road heading in the direction of Spanish Town.

On reaching a section along the roadway in the vicinity of Meadowrest, the JUTC driver reported that he observed the trailer head travelling in the opposite direction.

The driver said that the trailer head made contact with the bus while passing, and upon examination of the damage to the bus, he saw a man lying on the roadway suffering from injuries.

The driver reported that he called the police for assistance and the injured man was taken to the Spanish Town Hospital where he succumbed to his injuries.

The matter is being investigated by the Spanish Town police.