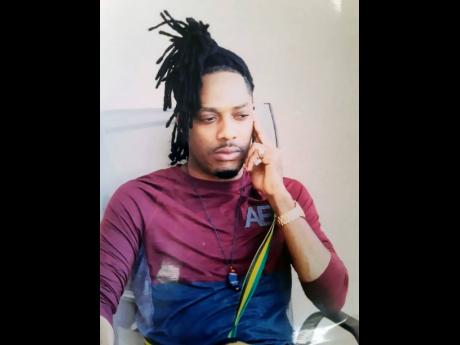 News have emerged that entertainer Peter Porter, popularly known as Praj-X, who was reported missing on Monday, was found dead in Spanish Town yesterday.

According to the police, the entertainer, who is from Ballards River in Clarendon, was last seen at his home on Monday.

It was reported that Praj-X was scheduled to meet with someone who was seeking to buy his motor car, also on Monday.

Porter's girlfriend, Annia Mitchell, said that she last spoke to the entertainer on Monday when he was in the Corporate Area.

"He told me that he was outside the Scotiabank in Three Miles waiting on the person who wanted to purchase the vehicle. I asked him why he was still there since the bank was already closed, but he said he was speaking to the security guard and there were still persons still going in and out of the bank," he said.

Mitchell admitted that up until late last night, she had no idea how he died.

"I am not sure how he died but the police called me today (yesterday) to say that his body was found," she said.

Praj-X was known for songs such as Plantain, Richness and Sexy and Bad. He released an EP Alien Anatomy in 2017.