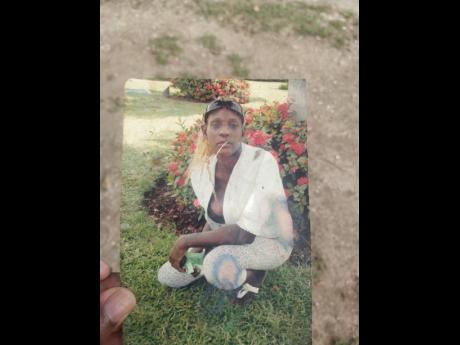 The family members of 50-year-old Sandra ‘Lisa’ Robinson was still in a state of shock as they tried to cope with her death.

According to reports from the Corporate Communications Unit, Robinson and a man Kevon Smith were travelling on a bicycle about 4:45 a.m. in a northerly direction along George Lee Boulevard, in St Catherine, when a Toyota Fortuner motor car, which was travelling in the same direction, collided in the rear of the bicycle.

Smith and Robinson sustained injuries and were taken to the hospital where they were pronounced dead. The driver of the motor vehicle was arrested.

Robinson’s mother, Dorothy Hamilton, who lives in Canada, told THE STAR that she was a pleasant woman.

“I am so distraught right now. She is a happy-go-lucky girl. She is a family girl. Right now I have a house full of family members. I can’t even cry, I have to keep them up. There is one great regret I have and is that she called me yesterday. A lot of family was here and I was cooking and missed the call,” the 86 year-old sighed.

Robinson’s brother, Mark Webb, said he is trying to put on a strong demeanour, but said he is crying inside.

“She has her ways like everybody else but we a flesh and blood, so I love her same way. I feel it because she is my older sister and this mek two of my sisters gone now,” he said.

He witnessed another sister fall from a seven-storey balcony when he was just seven.

Robinson died leaving eight children and a community that is heartbroken. According to Princess, she and Robinson have been friends for eight years.

She described her as a giver, and one who loved the children in the community.

“She is a people person. This morning (yesterday) she would walk house to house and visit every kid’s house with a juice or something in her hand. A mean, she would knock on every gate that have kids and give them something every Sunday morning. She was a people person, she was nice loving and kind,” she said.

With a recent photo in hand, Princess looked at it and shook her head in disbelief.