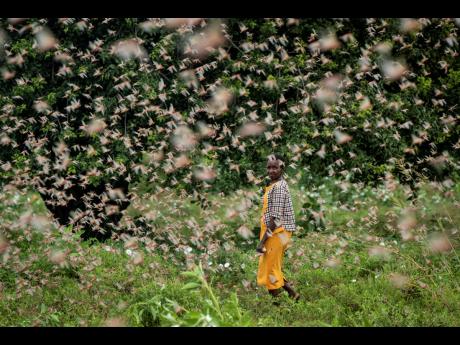 A farmer looks back as she walks through swarms of desert locusts feeding on her crops, in Katitika village, Kitui county, Kenya. 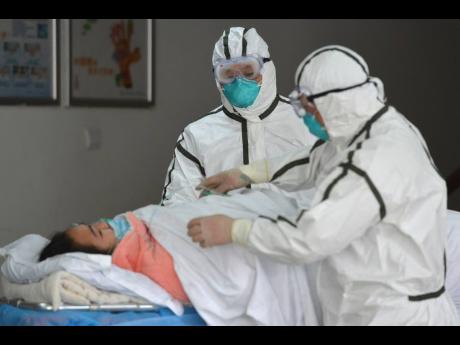 Medical workers in protective suits move a coronavirus patient into an isolation ward at the Second People’s Hospital in Fuyang in central China’s Anhui Province on Saturday. 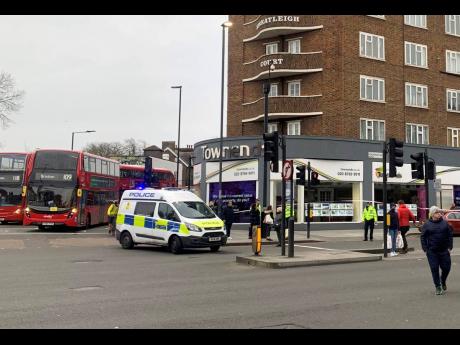 Police attend the scene after an incident in Streatham, London on Sunday.
1
2
3

The worst locust outbreak that parts of East Africa have seen in 70 years needs some $76 million to help control and the money is "required by, actually, now," the United Nations said last Thursday.

So far just $15 million has been mobilised to help stop the outbreak that threatens to worsen an already poor hunger situation for millions of people in Kenya, Ethiopia, Somalia and elsewhere.

The outbreak, blamed in part on a changing climate, now threatens to spread to South Sudan and Uganda and new rains in the weeks to come will fuel fresh vegetation and a new wave of breeding. The outbreak might not be under control until June when drier weather arrives, authorities have said.

The first death outside China from the new coronavirus was recorded yesterday in the Philippines, as countries around the world evacuated hundreds of their citizens from the infection zone and Chinese authorities completed a new, rapidly constructed 1,000-bed hospital for victims of the outbreak.

Chinese authorities also delayed the reopening of schools in the hardest-hit province and tightened the quarantine in one city by allowing only one family member to venture out to buy supplies.

The Philippine Health Department said a 44-year-old Chinese man from Wuhan, the city at the centre of the crisis, was hospitalised January 25 with a fever, cough and sore throat and died after developing severe pneumonia. The man's 38-year-old female companion, also from Wuhan, tested positive for the virus as well and remained hospitalised in isolation in Manila.

West Virginia may soon require the speedy testing and collection of rape kits under a bill passed by the West Virginia House of Delegates last Friday.

The measure would require the kits to be submitted to the state police's forensic lab within 30 days or as soon as possible after collection. It would also allow for the creation of a tracking process of the kits and would require a court order before law enforcement could dispose of the examinations.

In West Virginia, state officials launched an initiative in 2015 to start testing its nearly 2,400 shelved rape kits. Some of the kits dated back to the 1980s.

A spokesman for the state's department of military affairs and public safety said there are now about 130 sexual assault kits awaiting testing.

Police shot and killed a man in south London after he wounded at least three people in "terrorism-related" stabbings yesterday, the city's police department said.

The attack in the Streatham neighbourhood marked a departure from recent attacks in the British capital that took place near high-profile landmarks in central London.

"The circumstances are being assessed,'' the Metropolitan Police force tweeted. "The incident has been declared as terrorist-related."

"They kept telling him 'Stop, stop','' Tahir said. "But he didn't stop, and then I saw that they shot him three times. It was horrible seeing it. The man was on the floor and it looked like he had something which police said may be a device."