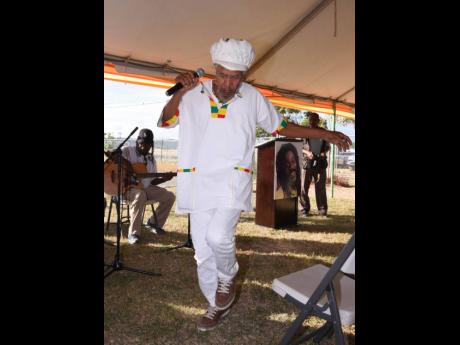 Jah Clive also known as ‘olour Red, lead the Inna De Yard band through the catalogue of the Crown Prince of Reggae’s greatest hits at Remembering Dennis Brown,a cultural gathering to celebrate the 63rd Birthday of the late Reggae legend. 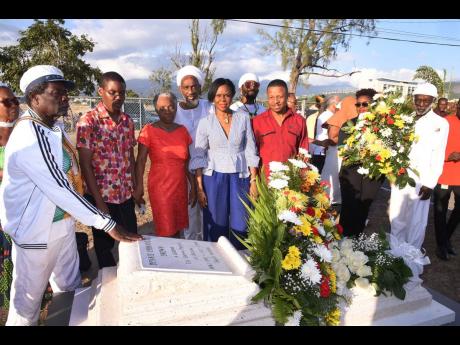 Members of the Twelve Tribes of Israel, the Dennis Brown Foundation and beloved family members of the Crown Prince of Reggae gather at the shrine of late reggae legend, Dennis Brown, during a cultural gathering to celebrate his 63rd birthday. 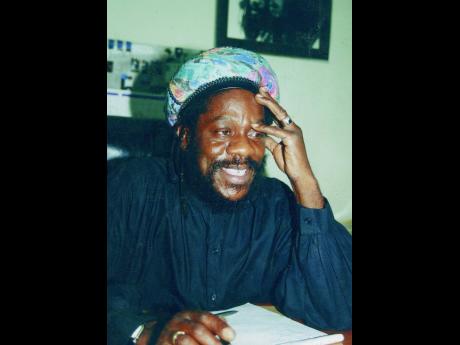 Jamaicans on Saturday observed the 63rd anniversary of the birth of the late reggae singer Dennis Brown, with a cultural gathering at his resting place at the National Heroes Park in Kingston.

Held under the theme 'Remembering Dennis Brown', the event saw several cultural leaders and members of the reggae fraternity in attendance.

Denzil Thorpe, permanent secretary in the Ministry of Culture, Gender, Entertainment and Sport, brought a message and laid a floral tribute on the shrine of the late reggae legend on behalf of portfolio minister, Olivia Grange.

Grange said that Dennis Brown was one of Jamaica's favourite child stars. She also urged talented young people to follow their musical dreams, and encouraged them to exploit modern technology while doing so.

Bob Marley cited Brown as his favourite singer, dubbing him 'The Crown Prince of Reggae'.