ONE-MINUTE READS … News from across Jamaica 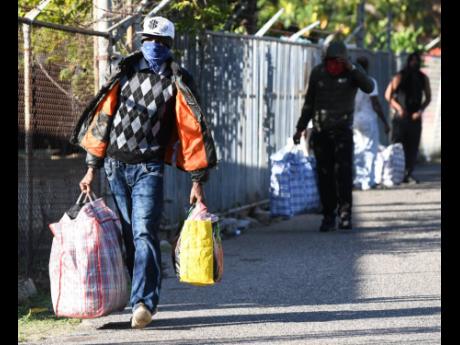 Deportees who arrived from United Kingdom on Tuesday make their way from Harman Barracks in Kingston, after being processed by the police. A group of 17 convicted criminals were deported to the island. They were part of a group of 50 that the UK government intended to deport. Some of these persons were stopped from boarding the flight due to a court ruling, but the British government says it intends to appeal the decision. 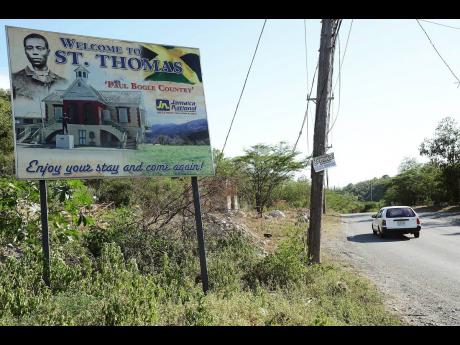 Five major roads to be repaired in the east-

About 20 per cent of the road from Harbour View in St Andrew to the Yallahs bridge in St Thomas is expected to be completed by next March.

At the same time, the Government says all five roads, for which contracts have been signed, are expected to be completed in the new financial year. The timelines have been outlined in the Budget that has been put before the House of Representatives for approval.

The five roads that are targeted for completion by next March are: Morant Bay roundabout to Cedar Valley in St Thomas; Morant Bay to Prospect; Morant Bay to Georgia; Hordley to Long Road; and Manchioneal to Fair Prospect in Portland roadways.

Some $12 billion is budgeted for spending under the Southern Coastal Highway Improvement Project, which also includes the extension of the highway from May Pen to Williamsfield.

Major works on the Montego Bay perimeter road is unlikely to take place this year, based on proposals set out in the country's Budget. In fact, the majority of the work is programmed for the period April 2021 to March 2022, when $11.5 billion is budgeted for spending. This year, only $3.7 billion will be spent on the programme.

The Montego Bay perimeter road involves the construction of a 15-kilometre, four-lane road from Ironshore to Bogue in St James. It is intended to be an alternative route for motorists travelling across and within Montego Bay, which will result is less traffic congestion. Interestions in Montego Bay will also be improved under the project.

Based on the Budget presented to the Parliament, 15 per cent of the works to improve intersections will be done by March next year, and 18 per cent of the lands that are required for the building of the new road will be purchased by that time.

Water facilities to be upgraded

Several communities in St Mary, St Catherine, Portland, St Thomas and St James are slated to benefit from the upgrading of their water supplies this year.

These improvement works are to be driven by the Rural Water Supply Limited, which has been given a budget of roughly half a billion dollars to carry out the projects.

Some 80 kilometres of farm roads are slated for repairs this year under a programme to be carried out by the Rural Agricultural Development Authority (RADA).

The budget for the repair of these roads is $1.25 billion this year, but is set to fall to $752 million next fiscal year. Some $752 million was spent on farm roads last year. RADA said that 18 kilometres were completed between April and November 2019. However, it did not indicate the total number of kilometres of farm roads repaired during the fiscal year April 2019 to March 2020.

RADA estimates that improve-ments to farm roads will lead to a three per cent increase in production and would attract new entrants to the agricultural sector.