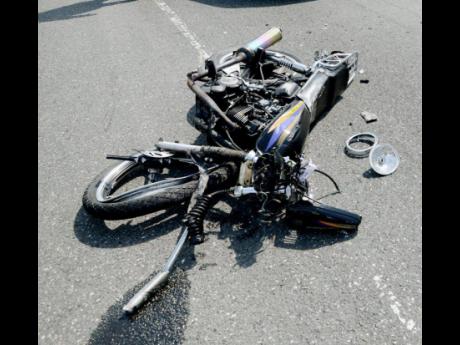 One man has died after the Zamco motorcycle he was travelling on went over a precipice in Glengoffe, St Catherine.

According to reports from the Corporate Communications Unit, 59-year-old Owen Dickson was last seen 6:30 Sunday travelling from his home in Golden Spring, St Andrew, in the direction of Glengoffe supposedly to attend a bike show.

It is alleged that he did not make it to the show and his friends went in search for him.

His body was found around 8 a.m. Monday in the water near the Cassava River Bridge in St Andrew. The bike he was travelling on was also found damaged.

"It is believed that he failed to keep to the left and went over the bridge. His injuries are consistent with a motor vehicle accident. We are waiting on a post-mortem to determine cause of death but at this time, there are no evidence of foul play," the report said.