Security Minister says attacks on women and children must end 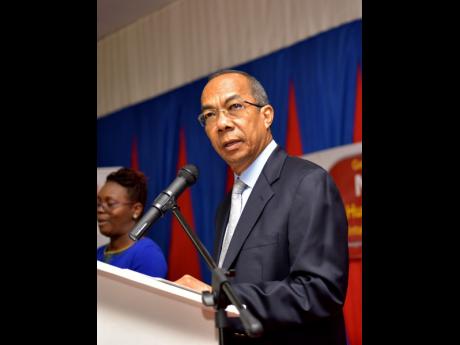 Dr. Horace Chang, minister of national security, has condemned the murder of Donna Brathwaite of Regent Street and Shontoll McCarthy of Nelson Street in Kingston. Both women were shot to death in separate incidents on Sunday, February 16. McCarthy’s 5-year-old son was also shot and injured.

Describing attacks on women and children as 'shameful and barbaric', Chang assured members of the public that the Government is continuing its pursuit of  finding solutions that strengthen security measures and ensure swift and sure justice.

“We are concerned about the increasing attacks on our women and children. These attacks are not only heinous but barbaric and horrendous,” said the Minister, noting that “callous attacks on people and a complete disregard for the sanctity of life is unforgivable and will not be tolerated.”

Chang pointed out that amendments to the Firearms Act will include stiffer penalties for illegal possession and use of firearms. He added that conversations are being held with the police high command to ensure measures are in place that curb murders and collect greater evidence and detain more criminals.

“We hope that these amendments will serve as a greater deterrent to these criminals who continue to target our vulnerable population," the minister said.