Chang promises swift and sure justice 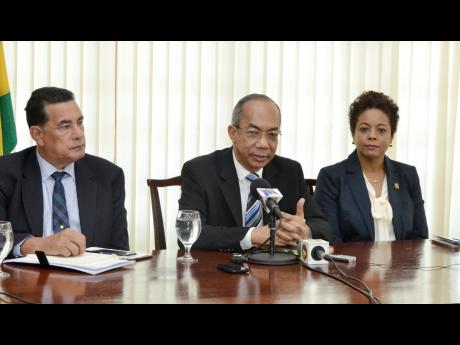 Dr Horace Chang, the minister of national security, says cruel and brutal attacks on women and children are shameful and barbaric.

“We are concerned about the increasing attacks on our women and children. These attacks are not only heinous, but barbaric and horrendous,” said the minister, adding that “callous attacks on people and a complete disregard for the sanctity of life is unforgivable and will not be tolerated”.

His comments followed the murder of Donna Brathwaite of Regent Street and Shontoll McCarthy of Nelson Street in Kingston. Both women were shot to death in separate incidents on Sunday in an area declared as a zone of special operations by the security forces.

Chang said that the Government will be amending various laws to strengthened security while ensuring swift and sure justice.

At last 170 persons have been murdered in Jamaica since the start of the year.