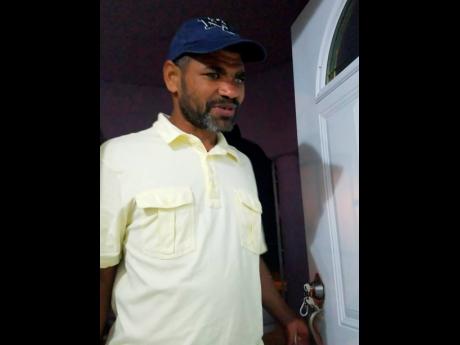 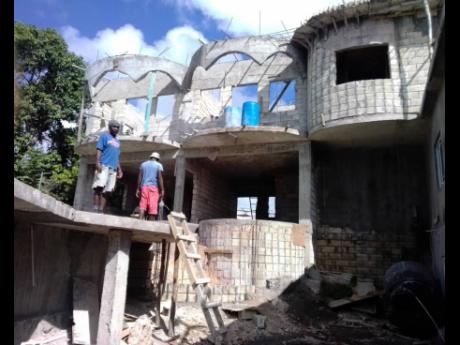 The house in New Hope district from which Sataoo fell to his death.
1
2

A visually impaired man fell to his death from the roof of a house in New Hope district in Westmoreland, on Tuesday afternoon.

The deceased has been identified as 42-year-old Richard Sataoo, affectionately called 'Righteous', construction worker and handyman.

Reports are that shortly after 4:40 p.m., Sataoo, his nephew Craig Campbell, and several other men were carrying out construction work on the roof when he lost his footing and fell.

When THE STAR visited Sataoo's community of Paul Island, community members, some of whom were related to the deceased, gathered outside his two apartment dwelling.

"All a wi upset, because him go a the site wid him nephew and four other man from the community, and dem shudda mek sure sey him work pon di ground, and no put him pon no roof," a community member named Dave told THE STAR.

Campbell then arrived and gave his side of the story. According to him, he was guiding his uncle who was operating a pulley on the roof, when it started to rain.

He said that Sataoo asked him to climb down and take up his cell phone and bag.

"After mi climb dung and a tek up him things, mi hear a loud noise, and mi hear the man dem a bawl out seh him fall off a the house top. Mi run go round the other side and see him pon the ground wid blood a come from his mouth," he cried.

The community members said Sataoo was well loved by one and all. They said that he washed their cars, carried material and did every task in the area despite his disability.