One-Minute Reads … News from around the region 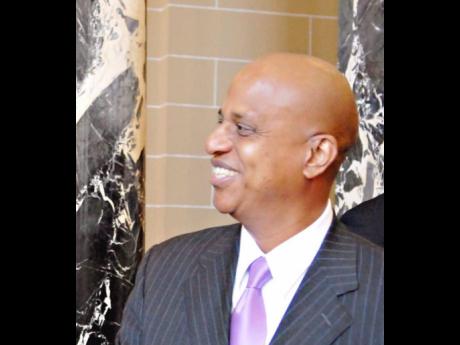 High Court rules it has jurisdiction to hear injunction

Acting Chief Justice Roxane George-Wiltshire on Sunday ruled that the High Court has jurisdiction to an injunction filed by a supporter of the main opposition People's Progressive Party/Civic (PPP/C) as Guyana awaits the outcome of last Monday's regional and general elections.

Last Thursday, Justice Navindra Singh granted an injunction against the Guyana Elections Commission (GECOM) the Chief Election Officer, Keith Lowenfield and Returning Officer for Region Four Clairmont Mingo after the application had been filed by Reeaz Holladar. The PPP/C had earlier secured an injunction to block GECOM from declaring the results for the last elections on the grounds that the votes declared for Region Four were not completely verified.

He said that as of last Friday, the dollar, which trades at EC$0.37 cents to the US dollar, "was 100 per cent backed, adding "in layman's term that simply means for every one EC dollar in circulation there is one dollar in foreign exchange or foreign reserves".

The EC dollar is used by the islands of Antigua and Barbuda, Dominica, Grenada, St Lucia, St Vincent and the Grenadines, St Kitts-Nevis, Montserrat and Anguilla.

Antoine said that the stability of the EC currency is "impressive, notwithstanding the vagaries of the global economy, the ups and downs, the currency has been stable.

Prime Minister Dean Barrow presented his BDZ$1.3 billion (One Belize dollar - US$0.49 cents) "swan song" budget to Parliament even as opposition legislators staged a walkout last Thursday after the debate on their motion of no confidence in his administration was deferred.

Barrow had already announced that he was stepping down from active politics ahead of the general elections on November 1 this year.

The fiscal package comprises BDZ$1.291 billion in recurrent expenditure "driven largely by increases in personal emoluments and salary-related grants as provisions must be made for annual merit awards across the public service, in addition to the increase in pension costs."

IMF warns of "moderate" growth in some Eastern Caribbean states

The International Monetary Fund (IMF) says notwithstanding the improved economic growth performance and public debt reduction in the Eastern Caribbean Currency Union (ECCU), the growth is expected to be "moderate going forward".

The ECCU groups the islands of Antigua and Barbuda, Dominica, Grenada, St Lucia, St Vincent and the Grenadines, St Kitts-Nevis, Montserrat and Anguilla.

In January, an IMF delegation concluded the 2019 discussion on the common policies of the ECCU and warned that growth would be affected as the cyclical momentum normalises and Citizenship by Investment (CBI) inflows ease.

"These trends would also contribute to wider fiscal deficits, ending the downward drift in public debt dynamics. Meeting the regional 60 per cent of gross domestic product (GDP) debt benchmark by 2030 will be challenging for most ECCU countries. The outlook is clouded by downside risks, including a possible intensification of natural disasters and financial sector weaknesses. Larger well-managed CBI flows may be a source of an upside risk," the IMF delegation said then.