Snagga Puss advocates use of herbs to battle COVID-19 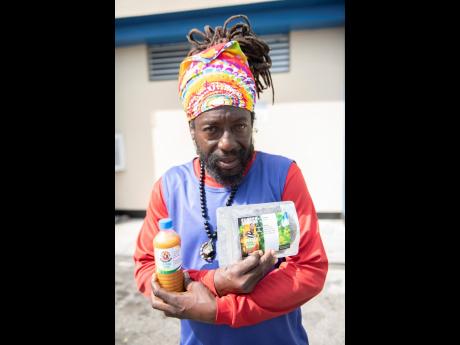 Recording artiste-turned-herbalist Snagga Puss says natural food products can help boost the immune system, as Jamaicans seek to fight off the COVID-19 that has reached the island. 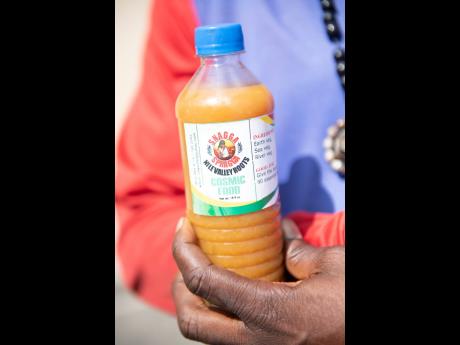 Cosmic Food is a liquid tonic that Snagga Puss believes can aid persons.
1
2

Dancehall artiste-turned-herbalist Snagga Puss is preaching the message that herbs are the healing of the nation, once it was confirmed that two persons have tested positive for the dreaded COVID-19.

Snagga said that Jamaicans have been bombarding him with queries about products that can boost their immune system to prevent them from contracting 2020's most feared disease.

According to Snagga, he believes fear will kill more persons than the virus itself and implores Jamaicans to remain calm.

"It is putting a lot of fear in people, but one thing I have to tell the people is put God first in your life and practise good hygiene. Fear is what is going to break down the immune system and affect the kidney and you going to see a lot of health chaos. Just stay away from stress and build up your immune system," he said.

Showing THE STAR a bottle of liquid tonic labelled 'Cosmic Food', and a sachet of dried herbs called 'Woman Power', Snagga said both products are very vital in the fight against COVID-19.

Beneficial for our body

"The Cosmic Drink is built with algae which are all water vegetables. Algae contains a lot of nutrients that are beneficial for our body. It gives a lot of minerals to the body. And then the Woman Power is made of a several different herbs which cleans the blood and keep the cells alive. This again proves that herbs are the healing of the nation. The cow and the goat thing not going to work now," he said.

He gave a list of everyday foods and spices which he said are super beneficial to the immune system.

"What we do know is that the virus doesn't thrive in heat, so we have to make our food be our medicine. Everyday things such as onion, pepper, ginger and garlic should be consumed every day, because these bring on heat to our bodies and help boost the immune system," he said.

Snagga Puss, whose given name is Norman Suppria, said he was 'forced' to take a break from music after developing stage one diabetes.

"It got so bad that it took me off the road for a while. The pills that I was taking got less effective and I am so afraid of injections, so I know that I was not going to take the insulin," he said.

To learn more about alternative medicine, Snagga Puss relocated to Stuttgart, Germany in 2001, where he studied biochemistry.