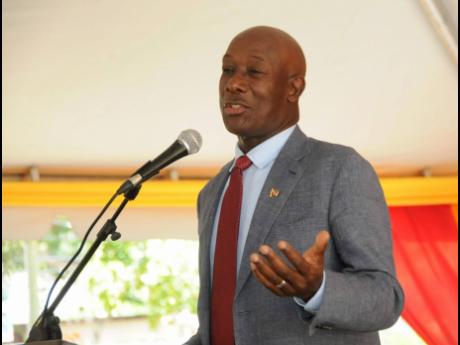 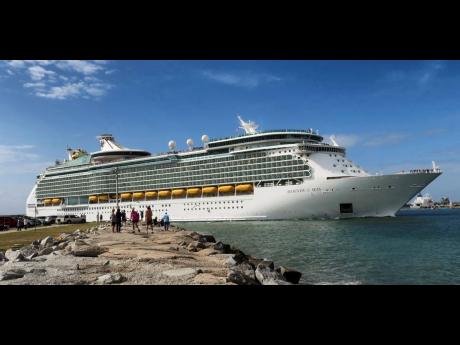 Royal Caribbean’s Mariner of the Seas departs Port Canaveral, Florida, last Friday. Royal Caribbean announced the suspension of all of their cruises worldwide for 30 days, in response to the coronavirus threat. 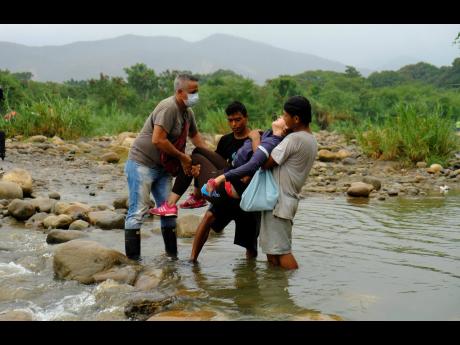 A Venezuelan woman is helped by men as they cross illegally into Colombia from Venezuela, near the Simón Bolívar International Bridge in La Parada near Cúcuta, Colombia, on Saturday. Colombian President Ivan Duque has ordered the nation’s border with Venezuela closed as a coronavirus containment measure. 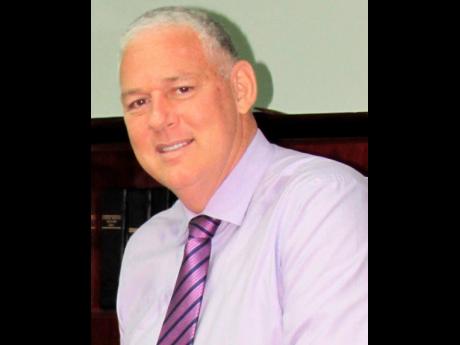 The Barbados Government said that all public gatherings such as sporting and cultural events or any event that attracts crowds will be restricted to 100 people.

Barbados on Tuesday confirmed its first two cases of the coronavirus (COVID-19) and appealed to nationals not to panic but follow the measures outlined so as to prevent its spread.

Health and Wellness Minister Lt. Col Jeffrey Bostic, in an address to the nation, said that the two cases were "imported" from the United States earlier this month and included a national.

Visits by the public to all geriatric institutions have been suspended until further notice and visits to the main health institution - The Queen Elizabeth Hospital - are being restricted to protect elderly patients as well as those suffering with non-communicable diseases.

St Lucia to close three major hotels because of COVID-19

The St Lucia Government says three major hotels operating on the island are to be closed to minimise the impact of the coronavirus (COVID-19) on its economy as well its population.

Prime Minister Allen Chastanet, who appeared on television on Monday night, flanked by members of his Cabinet, told viewers 'the virus continues to have an untold economic effect globally and in particular St. Lucia".

Chastanet told the nation "it is unfortunate but we have received recent indication of the impending closure of three major hotels" and while he did not go into details, said impact of the virus should be treated as an imminent disaster like a hurricane.

St Lucia recently confirmed it had two "imported' cases of the virus that was first detected in China last December and blamed for more than 6,000 deaths across 110 countries since then. At least 50 of the cases are in the Caribbean with at least three deaths.

The British Virgin Islands (BVI) as announced the immediate closure of the cruise port, allowing no cruise ships to call on the territory for a 30 day period in an effort to protect the island from the coronavirus (COVID-19).

The BVI said that while there are no confirmed cases of the virus in the islands, the number of international ports of entry into the island have been limited to facilitate the effective screening of passengers.

It said that the entry of passengers and crew members who have travelled to, from or through COVID- 19 affected countries as specified in a list of countries of special interest within a period of 14 days or less, will not be allowed.

"Additionally, the entry of passengers and crew members who have travelled to, from or through COVID-19 affected countries classified as a high-risk country within a period of 14 days or less immediately preceding their arrival in the territory, will be subject to advanced screening procedures and may be quarantined for a period of up to 14 days based on the outcome of the risk assessment."

Prime Minister Dr. Keith Rowley, Monday said he had intention of participating in any "political grandstanding" after opposition Leader Kamla Persad Bissessar sought to have a bipartisan approach to the fight against the coronavirus (COVID-19).

Rowley said that the opposition, led by the former prime minister, voted against him speaking to the nation on COVID-19 and was now seeking a bipartisan meeting to discuss the virus.

"In fact I am opening my hands to the rest of the country and I said ... we are in this thing together ... and come out together. In the case of the opposition Leader, who makes a career of irresponsibility and undermining this country's efforts at every turn, if she is prepared now to be responsible and to work with the people of Trinidad and Tobago, then I say we are making some progress"