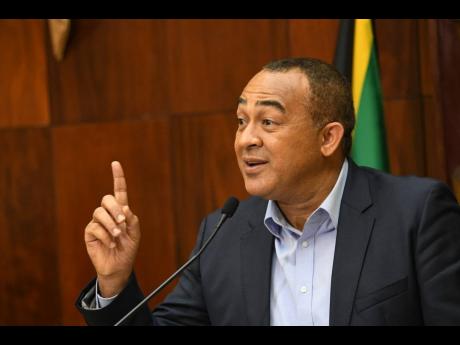 Jamaica's health officials say the number of COVID-19 cases on the island could double in the next to three weeks.

Dr Jacquiline Bisasor-McKenzie, the country's chief medical officer, when asked yesterday how many persons are expected to have the virus in the next few weeks, said that "in the next two or three weeks it would be about 10, and then early May we are expecting an additional 20."

Health Minister Dr Chris Tufton yesterday said that Jamaica now has 26 COVID-19 cases. The latest patient is a 70-year-old man from Clarendon. He is the son-in-law of the man from Corn Piece in Clarendon, who died from the virus last week.

"We are doing well, under the circumstances, compared to other jurisrications," Tufton said.

He said that Jamaica is likely to move into community spread phase of the disease "sooner than later". Community spread means spread of an illness for which the source of infection is unknown.

Bisasor-McKenzie said that Jamaica has two months supply of testing materials. She said too that three additional respirators are on the island, seven more are expected to arrive in three weeks, and an additional 20 will be in Jamaica by early May.

In the meantime, Tufton said that the quarantine arrangement for sections of Bull Bay, St Andrew, will be lifted this Saturday.