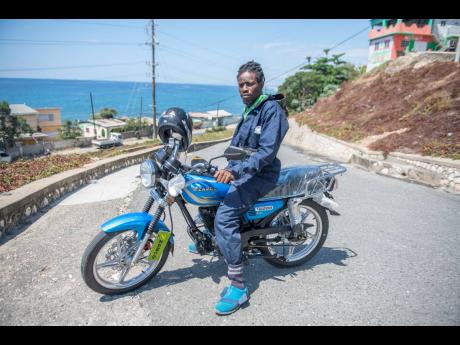 Nakia Anderson, who works as a security guard, returned home for the first time since the quarantine was imposed in the Bull Bay area on Saturday. 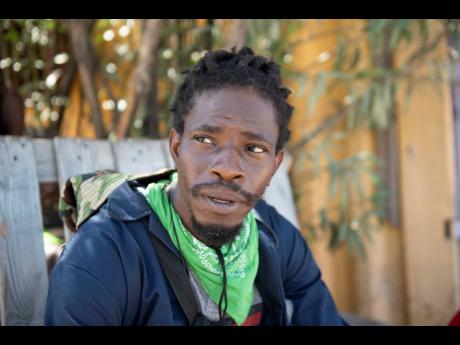 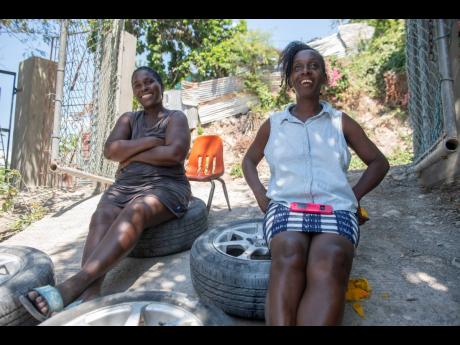 Bull Bay residents Carole Todd-Gordon (right) and Susanette Facey share their experience during the 14-day quarantine imposed on the community.
1
2
3

Nakia Anderson has not seen his home for two weeks. The security guard was at work outside of the community when the Seven and Eight Miles communities in Bull Bay, St Andrew, were placed under quarantine.

"I went out for a work and then I get the call say the place under quarantine and once I come in I couldn't go out back, so I just stay out and work. I stayed at my workplace all this time but I keep in contact with my family," Anderson told THE STAR on Saturday.

Relieved to be back home, Anderson stopped at a corner on Morales Drive to have a few drinks with his friends.

Prime Minister Andrew Holness on March 13 imposed the quarantine order in an effort to limit the spread of the novel coronavirus (COVID-19). Jamaica's first confirmed COVID-19 case, a Jamaican woman visiting from the United Kingdom, was in contact with several persons in the communities and the health authorities feared the virus would spread throughout the community infected persons interacted with others. Anderson, who understood the importance of the quarantine, decided it was best if he remained outside the area while maintaining contact with his family.

"I meet my empress at the end of the road and give her food for the family and ting. I saw them but I just couldn't pass the barrier. Naturally, I was worried about them but mi know dem did okay. Mi nuh reach mi house yet still, but mi see mi empress gone a market this morning so everything gone back to normal," he said.

A few houses away from where Anderson sat with his friends, Susanette Facey and Carole Todd-Gordon said they, too, are happy that the security barriers have been removed. They said, however, that other than being bored at times, they had no issue with the lockdown.

Facey, who suffers from hypertension, said she was a bit worried that her medication would have run out but said a few days after being in quarantine she received her medication from a mobile unit from the Ministry of Health.

Her friend, Gordon, said she relied on her faith to take her through and prayed frequently for the safety of her community and the country.

"A this morning mi post on Facebook say we free from prison and we just have to pray for others who are under quarantine in other parts of the island and the world. Naturally, we were locked in so there were times that I feel that we were scorned, but it's not like is Bull Bay intentionally bring the virus to Jamaica, it just got here by accident," she said.

The women said they are yet to visit the market or even top up on groceries because they have enough food items to last for days.

"We were treated really well. Every three days we get food from our MP (Juliet Holness) and even now mi have a lot of it in my house. Is two buckets and a knapsack full I pack out of it. The good thing about all of this is that there were other persons who didn't know where their next meal was coming from, and during that time everyone had food," Gordon added.