Trailer head disappears without a trace 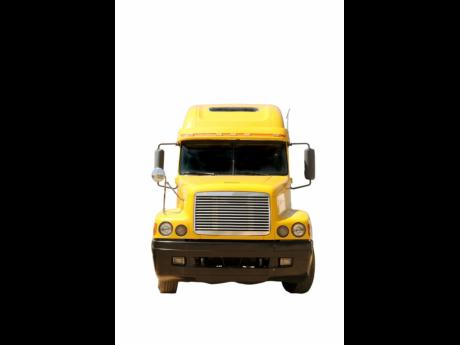 You may have heard of cars, motorcycles and minibuses being stolen, but it is rare that the head of a tractor trailer is taken by bandits.

As big and as noisy as the unit is, thieves recently made off with one of these awesome machines and its owners have been searching to find it ever since.

Merline Myles, who along with her husband, owns the vehicle, said that the International tractor trailer was stolen in Bog Walk, St Catherine, on Saturday, March 21. She said that it was parked outside the gates of Nestle Jamaica by the driver the day before.

"They left the container and took the head and this happened in broad daylight. It was stolen the Saturday and we only found out about it the Monday. It was left there by the driver the Friday. He said the compound was full so he had parked it outside," she said.

Myles said she was told by the driver that the unit had developed mechanical problems, hence his decision to park it.

"It is our source of income and it's like the vehicle disappeared without a trace. My husband has not been taking it well," she said.