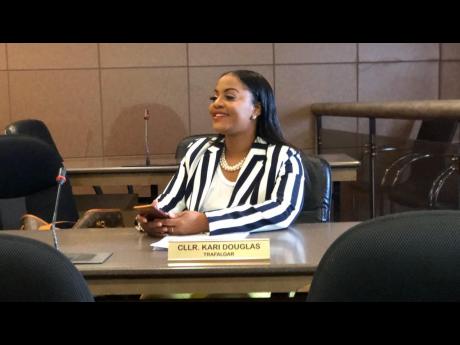 Kari Douglas, councillor for the Trafalgar Division in South East St Andrew, has been charged for breaching the COVID curfew and disorderly conduct.

According to reports, Douglas was driving along Meadowbrook Avenue in St Andrew around 9:28 p.m. when she was stopped by the police.

It is alleged that while being questioned, she became boisterous and hurled abusive language at the police.

Reports are that she was subsequently charged and later offered $20,000 station bail.

She is to appear before the Kingston and St Andrew Parish Court on May 6.

In a radio interview this morning, Douglas professed her innocence and denied the allegations.