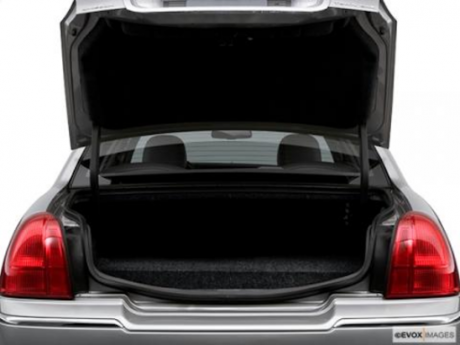 JOHANNESBURG (AP) — A man in South Africa was arrested for trying to smuggle his girlfriend from one province to another in the trunk of his car to evade coronavirus lockdown regulations, authorities said.

The woman "consented to be smuggled" and was also arrested, according to a provincial official.

The man was stopped by police at a roadblock on Friday night travelling from Gauteng, South Africa’s most populous province which includes the country’s largest city, Johannesburg, and which has the largest number of confirmed cases of COVID-19.

The man was trying to take his girlfriend to the neighbouring Mpumalanga province, Faith Mazibuko, the official in charge of community safety in Gauteng, said in a Twitter post.

The moment when police discovered the woman in the trunk was caught on video and published by a South African media outlet. The woman, wearing jeans and a T-shirt, is seen lying in the trunk after police officers opened it.

One officer can be heard asking: “Are you OK?”

The woman then steps out the trunk with what appears to be her handbag in one hand and puts on her shoes.

South Africa has been in lockdown since March 27 to combat the spread of the virus and people are only allowed to leave their homes to buy food, medical supplies and other essentials, or if their job is classified as essential.

Moving between cities and provinces is banned except for a small number of reasons, like attending a funeral, for which travel permits must be obtained.