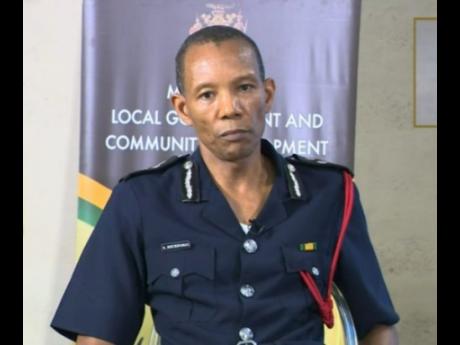 "We have already commenced preliminary work, in terms of the processes we will go through," he told the media.

Mr. Stewart pointed out that the project is being carried out in two phases, adding that the first phase will focus on the establishment of a new perimeter fence, while the second will address flooding.

"There is a high water table in that general area, and where the station is located it’s a bit difficult to raise the level of the land. So, we are trying to work with the Ministry of Local Government and Community Development and their technical team as to how we can move forward," he outlined.

He said future funding will be secured to carry out additional upgrades and rehabilitation work at the facility as well as other fire stations in St. Elizabeth and across the country.

In the meantime, Mr. Stewart indicated that the entity is looking at the possibility of rolling out an Emergency Medical Service (EMS) site at the Junction Fire Station.

This will allow JFB personnel to offer a range of first responder services at the station level.

Mr. Stewart also pointed out that, the Junction Fire Station is one of their better situated stations in St. Elizabeth, and so they are looking at that as well.