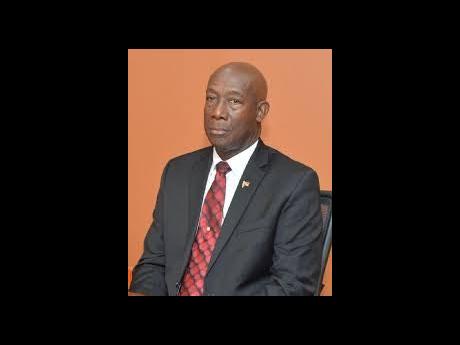 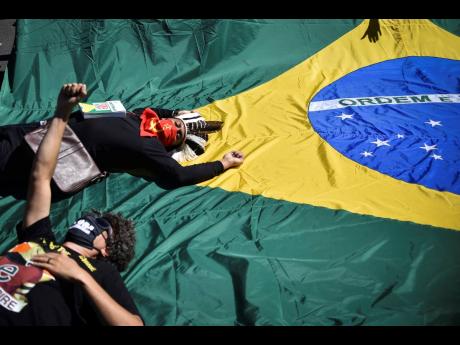 Protesters lay down on the Brazilian flag during a protest against racism, the policies of President Jair Bolsonaro’s government, and to defend democracy amid the new coronavirus pandemic at the Ministries Esplanade, in Brasilia, on Sunday.
1
2

Bahamas readies for the resumption of international travel

The Ministry of Tourism and Aviation says that it is now preparing for the second phase of the Tourism Readiness and Recovery Plan, which will begin on Wednesday, July 1 and allow for the resumption of international travel to The Bahamas.

According to the ministry, plans continue to evolve in response to COVID-19 trends, but some of the guidelines in place include having all visitors presenting a COVID-19 RT-PCR Negative (Swab) Test upon arrival.

However, the results must be no more than 10 days old.

Meanwhile, select individuals will be exempt from testing, which includes children under the age of two, private pilots who do not deplane, and Bahamian citizens, residents and homeowners returning from English-speaking CARICOM countries.

As part of phase two, hotels and vacation rentals, including Airbnb and HomeAway will open to guests and domestic and international airlines are permitted to resume service.

Prime Minister Dr Keith Rowley says the borders of the twin-island republic will remain closed as long as health requirements related to COVID-19 remain in place.

Speaking during a media conference in Tobago last Saturday, Rowley said that while some Caribbean countries have started to reopen their borders, his administration is determined to take a cautious approach.

As it relates to travel exemptions, Rowley added that priority will be given to those citizens who left temporarily to work abroad or receive medical treatment.

Meanwhile, as of today, bars, beaches, rivers, casinos, private members clubs, cinemas and gyms will resume operations, as the country moves into the next phase of the gradual reopening of the economy.

Restaurants will also be allowed to restart dine-in services. All establishments will be required to close at 10 p.m. (local time).

The United States Southern Command (SOUTHCOM) in Miami, says the US Air Force will temporarily deploy four aircraft and crews to Curacao to support enhanced counter-narcotics operations with international partners targeting illicit traffickers in the Caribbean.

About 200 airmen, including aircrews, maintenance technicians, logisticians and administrative personnel will support the operation, SOUTHCOM said in a statement.

It said the aircraft will operate from the Curacao-hosted Cooperative Security Location (CSL), also commonly referred to as a forward operating location, in Willemstad.

In a plea made last Friday, he said the deadline to apply to be a reservist with the regiment is Sunday. As of Friday, more than 300 applications were being processed.

Last month, the five junior officers who were appointed to the regiment departed for the UK for nine weeks of training at Sandhurst Military Academy.

The regiment, as well as the Cayman Islands Coast Guard and Customs and Border Control agency, were created under the McLaughlin-led administration as part of a strategy to enhance Cayman's security.

Budget to be delivered Tuesday

Prime Minister Allen Chastanet will on Tuesday deliver the 2020-21- budget address to Parliament that the government says will continue to outline its "vision" for the future socio-economic development of St Lucia.

A statement from the Office of the Prime Minister said that the address will outline the four-year-old government's work on building a new and stronger St Lucia.

"The prime minister's address under the theme: New Challenges: New Opportunities to Continue to Build a Stronger St Lucia Together follows the laying of the Estimates of Expenditure for the new financial year in the amount of EC$1,697,312,800 (one EC dollar =US$0.37 cents) on April 29," the statement said.