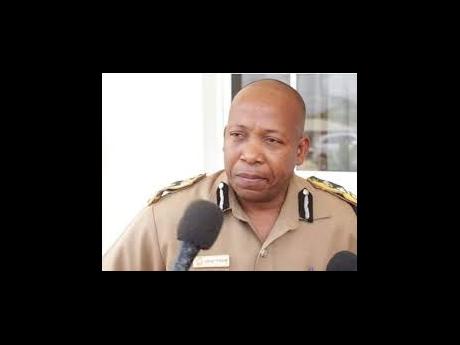 BELMOPAN, Belize, Jun 23, CMC – Police Commissioner, Chester Williams, has confirmed the launch of a criminal investigation into the escape of six Guatemalan nationals who were in quarantine at a government facility over the last weekend.

The government has been using the Victor Galvez Stadium as a quarantine facility as the country implements measures aimed at curbing the spread of the coronavirus (COVID-19) that has killed two people and infected 23 others here.

Williams told reporters he had ordered the criminal investigation because on inspection of the facility “where these persons escaped there were padlocks on a shutter and obviously there was no breakage."

“The padlocks were not damaged. From what it appears at this time, keys were used to open those padlocks to facilitate the escape. So we will be looking at that and if it is that we find that anyone aided or facilitated the escape then those persons will be charged criminally. Simultaneously the Belize Defence Force (BDF) is also conducting their own investigation as you would know that it is the BDF who man these quarantine centres,” he added.

Media reports said that the six Guatemalans are believed to have crossed the border, into their home country but that the recent string of escapes is raising eyebrows within the National Security Minister Michael Peyrefitte holding talks with the relevant authorities on the matter.

Williams said that the BDF would also be “looking at their internal mechanism to see if there was some negligence on the part of those officers who were working at that particular moment and once there is then I am sure they will also bring internal charges against the officers concerned.

“From what I have been briefed, there is only one person who had keys to the locks that were on the shutters and so our investigation will have to be centred around that person who will have to explain how is it that these individuals were able to escape without having to break any locks to get out of the facility. It is a great concern.”

He said that law enforcement officials spent “countless hours doing patrol around the borders, trying to intercept those who put at risk the lives of all our Belizeans and they are caught and placed into these quarantine facilities only to see that they escape.

“It is not what we intended and I can tell you that our minister as well is pretty much concerned. As a matter of fact we are having a meeting to discuss that issue because it needs to stop. There are too much reports of escape and it is surely defeating the purpose for the quarantine,” Williams added.