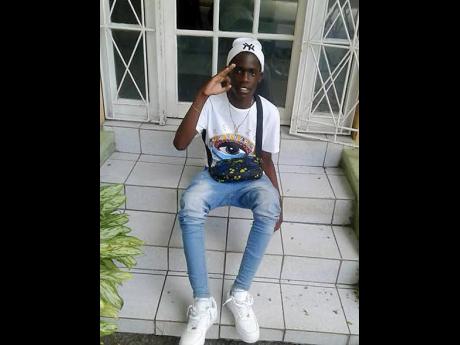 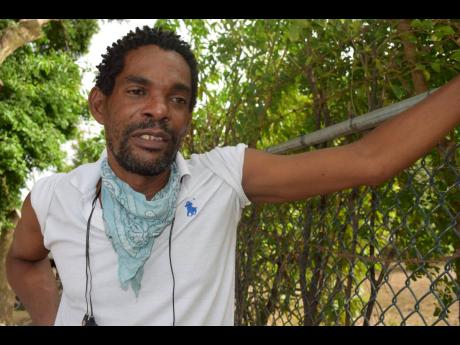 The distraught father's pain was visible when THE STAR visited him yesterday. Placing his hands on his head, he stated that he never thought that the day would ended in tragedy.

"Mi hate Father's Day until the day mi die. Mi is a man prepare for everything in life. Mi prepare to bury my mother if she should die tomorrow. I prepare to send back my kids to school September, but I never have the wildest thought that I would have to bury one of my sons. I always dream about them becoming great in life and giving me a granddaughter because I don't have any daughters," he said.

Dacres said he had given Dane, a third-form student of Clan Carthy High school, permission to visit Cane River with their neighbours, but had no idea that they had changed the destination spot to the nearby Bob Marley Beach.

He stated that about 4:30 p.m, he got a call from a friend who was at another beach who told him that they could not locate his son.

"At the time mi not even realise that is Dane he was referring to. I thought it was my four-year-old. So mi call back mi fren and say mi baby okay, but about 15 minutes later, him call back and say him waan know if Dane come home," he said.

Dacres said he then called one of the adults that Dane went with, who informed him that they could not locate Dane. Dacres stated that he instantly got a gut feeling that Dane had drowned.

"Mi condition mi mind say him dead and mi even tell a man when mi a leave the yard say mi going to search for my son's body. I know my son that if him go somewhere with yuh, he is not going to wander leave who him go wid. Normally, if yuh go beach and yuh cannot be found, is drown yuh drown because is not a market that yuh can go missing," he said.

Dacres said he and his friends spent hours searching for Dane on Sunday without success. It was a restless night for him.

"Mi head hurt mi the entire night. The police and the coast guard were searching and mi walk the beach until mi foot dem couldn't go any more. At about 11 a.m., mi babymother call mi and tell mi say dem find Dane's body and mi go and see mi son lie down on the beach wid him face chip up. His face was covered with bush by the people in the community like they were protecting him from the sun," he said.

He inhaled and exhaled deeply as he described the bond he and Dane shared.

"Dane was a well behaved child. If him know mi and yuh a fren, him would never cuss a bad word make yuh hear. He was my best friend and he was very protective of me. Mi remember when the state of emergency just start, mi come home from work after curfew hours and when mi reach home, him hold on to mi shirt and say 'Papi, whe yuh a come from? A 9 o'clock now and yuh never call mi and yuh know mi deh here a worry bout yuh'," he said as the tears welled up in his eyes.

"Mi don't know when mi a go ever recover from this. A from him a 14 months mi take him from him mother, enuh. Him poor mother break down bad bad. Mi can't believe say Dane really nah come back," he added.