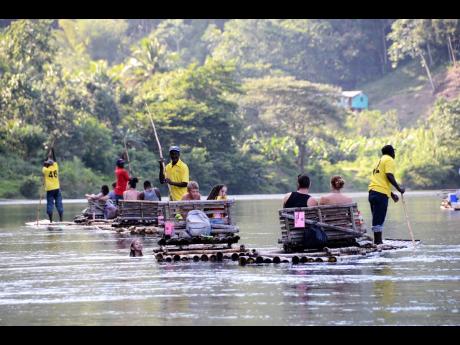 Raftsmen transporting tourists down the Rio Grande in Portland. 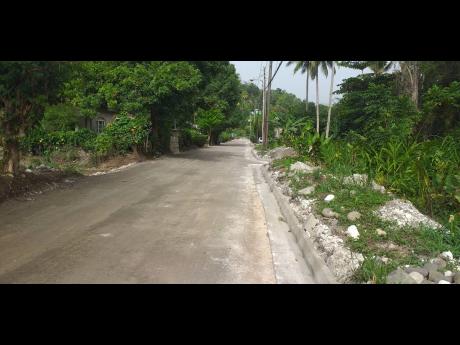 Photo showing a section of the roadway leading to Rio Grande rafting, which is undergoing major repairs.
1
2

Rio Grande rafting, Portland's premier tourist attraction site, is facing a serious challenge, which could seriously undermine its ability to resume normal operations, as raft captains are insisting that all their vessels are defunct.

The comments from the raft captains come before Wednesday's scheduled sanitisation exercise, which is to be conducted at the Berrydale raft stand by the Tourism Product Development Company (TPDCo), who are the operators of Rio Grande Rafting.

President of the raft captains' association, Lawrence Chisholm, told THE STAR yesterday that although operations at Berrydale are scheduled to resume shortly, business would be disrupted, as the bamboo rafts, which were parked on the beach near the Rio Grande, have fallen into a state of disrepair.

"The rafts were left idle for three months as a result of the coronavirus," said Chisholm. "Di raft dem mash up. Di raft dem park from inna March and sun buss dem up. Di raft dem nuh good. And all now nuh baddy nah hear nuttin bout di government care programme. We nuh know if we a get any assistance from TPDCo fi rebuild."

TPDCo is expected to carry out a major sanitising of the ticketing office at Berrydale on Wednesday, and to hand out masks and other sanitising agents to the raft captains and other members of staff.

According to Chisholm, Tourism Minister Edmund Bartlett and West Portland Member of Parliament (MP), Daryl Vaz, provided assistance to them in the past, but pointed out that he is hoping that the more than 70 raft captains would get the much needed assistance this time around.

He, however, commended the repairs being done on the roadway from Fellowship to Grants Level, by East Portland MP, Annmarie Vaz.

"Yes, it is definitely a good thing, as tour bus operators have been complaining for years about the bad state of the roadway leading to Rio Grande rafting at Berrydale. I am hoping, however, that the entire roadway will be repaired in the long run, as it makes no sense doing a half of it and leaving the rest. It is only about two miles of roadway, but only a half is being done at this time," he said.