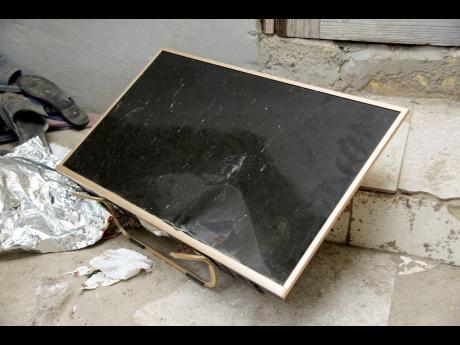 This flat screen television is among the items that fleeing Trench Town residents say were destroyed by vandals. 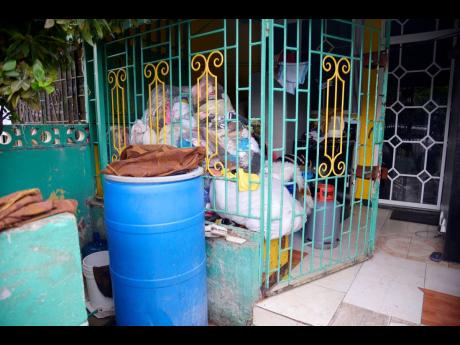 Residents of Trench Town use this veranda as a temporary storage place for clothes and necessities in an attempt to vacate their houses. 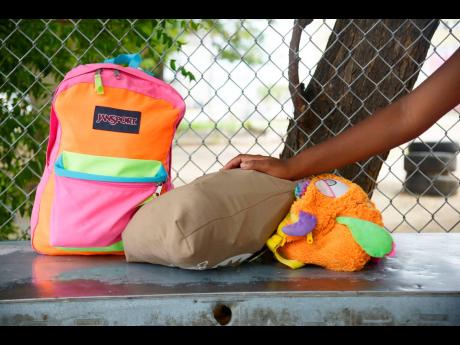 Scared residents use whatever they can find to pack their belongings.
1
2
3

The flare up of violence and the killing of two women on Fourth Street, a section of Trench Town, has caused dozens of residents, mostly women to flee their homes out of fear.

The women, along with their children, who have sought refuge in a neighbouring community, say that they will not return home until a particular gangster and his cronies are dead.

A woman told THE STAR that she strongly believes she is marked for death because of her outspoken manner.

Last Saturday, a woman who the police identified only as Dimples, was shot and killed in the area. A few hours later, gunmen invaded the home that Shannakay Ebanks, 28, and her boyfriend shared, and sprayed the couple with bullets.

Ebanks was pronounced dead while her partner remains hospitalised. The police theorised that shooting was a reprisal killing for Dimples.

A week ago, 22-year-old Ryan McFarlane was shot and killed on Fourth Street. A woman and a 12-year-old were also injured.

Another woman said that shortly after they fled their dwellings, vandals broke into their homes, stealing items.

"Mi work hard to buy mi pickney dem snacks and dem nyam out di cornflakes and drink out di Arizona and I Cool dem and dash the tins outside," she said angrily.

The news team was given a police escort on the almost vacant Fourth Street. Signs of vandalism, including a wrecked plasma TV, were evident.

The women said they are struggling even as their current hosts have tried to make them comfortable. One pointed to an unfinished building where she said a Good Samaritan has allowed them to use as a temporary home.

"Is a shop the persons a build and say some a the people dem can gwan stay in deh. This could never real, we can't live suh," she said.

Commander of the Area Four Division, Assistant Commissioner Donovan Graham, said that he has sent additional resources, both police and military, in the space.

"We have established foot patrols and additional mobile patrols so we want the residents to know that we are here for them. We are also asking them to cooperate with us and let us know who are carrying out these continuous (acts of) violence towards them so that we can take the appropriate action," he said.

Mark Golding, Member of Parliament for St Andrew South, condemned the killing of the women, stating that he has visited both families and has provided grief counselling.

"A lot of effort have been put in to resolve the conflicts over the years with some success. Prior to these recent spates where theses guys from outside have come in and created havoc, things had calmed down. We want to see the community come together and take a stand against persons who are perpetrating acts of violence, and cooperate with law enforcement to get rid of these persons from the community," he said.