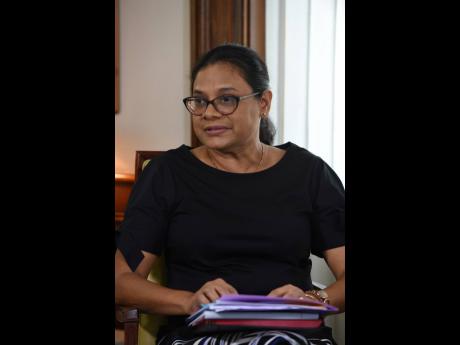 Jamaica's chief medical officer (CMO), Dr Jacquiline Bisasor-McKenzie, is warning Jamaicans that in spite of the relaxation of some of the measures by the Government in the fight against the coronavirus (COVID-19), the outbreak is not over.

"Persons are of the view that because some of the restrictions have been relaxed the outbreak is over, but it is not. We have to recognise that there are persons who will have symptoms and persons who will not, and there is the possibility of transmission in both cases," she said.

The CMO pointed out that an analysis of the cases to date has shown that it is the symptomatic cases that are driving the infection, as those are the ones that are having contacts that are testing positive.

The CMO says that persons must protect themselves against exposure by maintaining physical distancing and wearing a mask. She pointed out that with almost 700 cases in the country and the possibility of each of those persons exposing somebody else, this is the time to be extra vigilant.

"There are many persons who may be asymptomatic in the country, which means there is a possibility of exposure, so everybody has to do their best to adhere to all the infection prevention and control measures," Bisasor-McKenzie said.