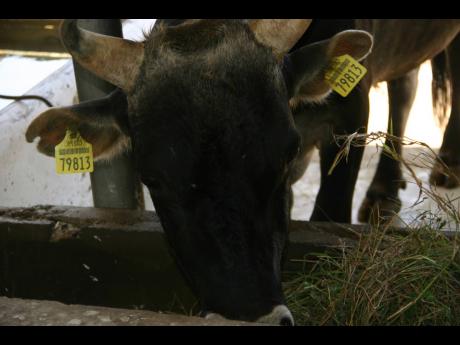 The tags, which bear an identification number unique to the animals, with a bar code containing all relevant information, is in keeping with the National Animal Identification and Traceability System, under which all cattle eventually get a ‘passport’.

Cattle owners across the island have been urged to have their animals tagged for free under a programme being implemented by the Government to counter praedial larceny.

"All cattle owners now have six months to access the free ear tags and passports for each head of cattle. And we are urging them all to get those tags now," de facto agriculture minister J.C. Hutchinson said.

He said that the ear tagging comes under the National Animal Identification and Traceability System, which, he says, has the potential to curb the larceny of cattle.

Under law, all cattle reared in Jamaica should have both the ear tags and the corresponding passport to identify the animal. This means that there should be no movement of cattle from any location without those passports and the ear tags.

In addition, no public-health inspector is permitted to inspect or certify any meat before the checking of the passport and the matching ear tags.

"It is regrettable that there is no universal compliance with these requirements at this time. To date, of the estimated population of some 76,000 cattle, approximately 50 per cent, or 38,000, have been tagged," Hutchinson said.