Millions paid out in judgements and settlements 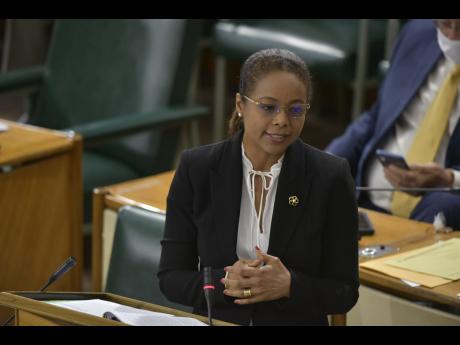 Attorney General Marlene Malahoo Forte, says the Government has paid out just under $287 million in judgement debts for the 2019/20 financial year.

Making her contribution to the 2020/21 Sectoral Debate in the House of Representatives on June 30, Malahoo Forte also said more than $177 million was paid in settlements.

“This has gone a long way in alleviating the hurt and the distress of those who have got judgements and those who have been wronged by agents of the State,” she noted.

The Attorney General stated that one of the goals of the Government is to bring payments up to date.

“For a long time, they were outstanding and lingering, but, thankfully, we have made such good progress in this regard,” Malahoo Forte said.