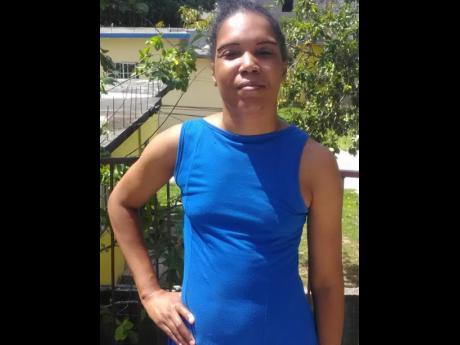 Soon after Kellee Merchant was diagnosed with lupus in 2002, her life started going downhill.

Merchant, who was a teacher at the Fair Prospect High School in Portland for five years, is now having to weather the storm brought on by the disease.

"After I was diagnosed with lupus I had to stop because I became very ill," Merchant told THE STAR. "I mostly feel faint, and I have blackouts sometimes, so I wouldn't be able to work."

She added: "When I was diagnosed in 2002, I nearly died from it. I was in a coma for more than a month. I had to do chemotherapy. I lost all my hair and that was a really difficult time for me."

Merchant says she was also diagnosed with fibroids a few years later, and had to undergo another surgery because they were growing too fast.

With the mounting medical bills and tending to the needs of her children, survival has not been easy for the single mother since.

"I haven't been able to purchase medication because I'm not working. I owe over $200,000 to the University Hospital and I owe $2.8 million to NCB that I took a loan from to cover surgery cost and medical expenses," said Merchant. "I can't even care for my children. My children are 15 and 16, still going to school. So they are not in a position to help themselves yet."

She added: "My son has been diagnosed with bronchial asthma and I can't even afford his medication. I have to depend on the PATH programme and my mom, who is a retired teacher, tries to help.

But she has diabetes and has to pay her own medical bills so she hasn't been able to help me much. I feel like my life won't ever be the same. It's only the grace of God that keeps me going sometimes."

She told THE STAR that it has also been a burden to repair her house, which was vandalised a year ago.

"Somebody threw stones, broke my windows and doors. I haven't been able to fix them. Sometimes I hear noises outside so I'm actually sleeping in fear at nights wondering if anyone is gonna break in on me and my children," she said. "I need assistance to try and repair them. If I was working, I would try to grille the house but I don't have any money to do it."

If anyone wish to assist Merchant with medical bills and other expenses, you may contact her (876) 545-5375 or contribute to her GoFundMe at https://www.gofundme.com/f/help-kellee-merchant?utm_source