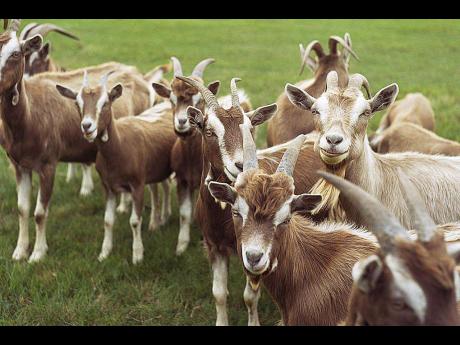 ODESSA, Fla. (AP) — A Florida woman has filed a lawsuit seeking either a paternity test on her goats or a refund — and she’s not kidding.

According to the lawsuit, Hedstrom believed the goats — Bella, Gigi, Rosie, Zelda and Margoat — could be registered with the American Dairy Goat Association, a group that records goat pedigrees. Registered goats have higher values than unregistered goats.

Dayner, who has been selling goats at Baxter Lane Farm for about 10 years, typically provides information to her clients so they can register their animals themselves.

She said the father goat was registered, but the Tampa Bay Times reports the American Dairy Goat Association rejected Hedstrom’s application to register the babies because Dayner is not an active member.

Proving paternity would require about 40 of the father goat’s hair follicles for a DNA test, so Hedstrom wrote Dayner a letter requesting the DNA in February.

Dayner offered to refund the money in exchange for the goats.

She said Hedstrom called police on her for three months straight and has trespassed on her farm. A Hillsborough County Sheriff’s deputy visited the property at least three times in the spring.

Dayner said she didn’t hear anything else from Hedstrom until the lawsuit was filed.