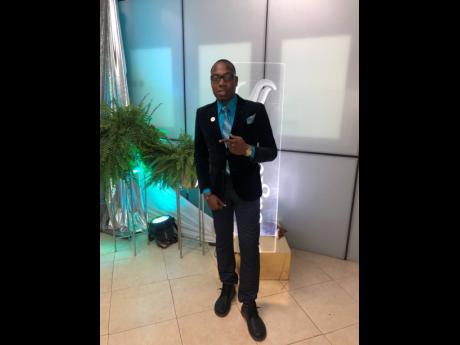 Gleaner reporter Andre Williams is one of four mid-career journalists from influential news organisations in the Pacific and Caribbean selected as APIC Japan Journalism Fellows for 2020. The fellowship, now in its sixth year, is a competitive programme that brings journalists to Japan for an intensive two-week introduction to the country.

The Association for Promotion of International Cooperation (APIC), a private foundation in Tokyo that strengthens relations between Japan and the nations of the Pacific and Caribbean, sponsors the fellowship.

"We're thrilled with the depth of experience of the incoming fellowship participants," said Ambassador Peter Y. Sato, president of APIC. "The APIC Japan Journalism Fellowship is one of our most important initiatives and this year's Fellows are among the most experienced journalists we've selected in the programme's six years."

APIC partners with the Foreign Press Center Japan, which manages the fellowship's travel, logistics and other programme details.

Williams, who honed his skill as a reporter with THE STAR as a crime reporter before being transferred to The Gleaner, was very excited about the training opportunity, which will see him travelling to Japan in October.

"I am looking forward to the exposure to a different culture, where I will be able to improve my journalistic skills, while sharing about my homeland. It's an exciting and humbling experience to be chosen for such a prestigious fellowship," he said.

Japan deals with earthquakes, typhoons, volcanic eruptions and tsunamis. This year's Fellows will interview national and municipal experts in Japan on disaster preparedness, environmental issues, as well as community leaders in areas that have been devastated by natural disasters, such as earthquakes.