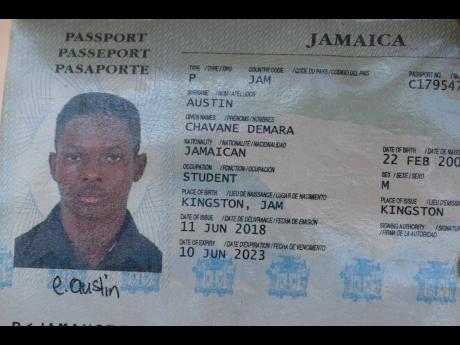 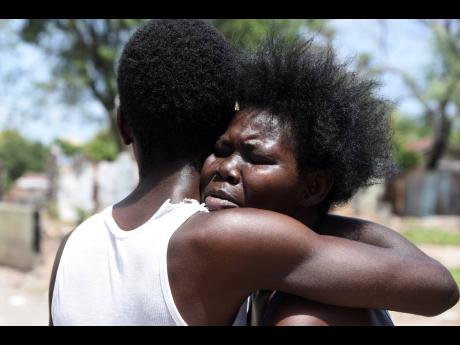 Lilieth Walters is consoled by a friend after she broke down in tears on hearing that her son Chavane Austin had been killed. 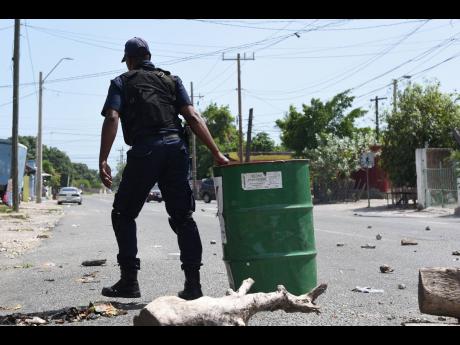 A policeman tries to clear a section of Maxfield Avenue that was blocked by protesters following the shooting. 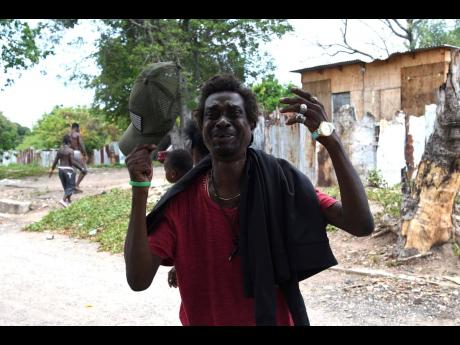 Keith Austin is overcome with grief after hearing that his son had been shot dead.
1
2
3
4

Residents of Gem Road off Maxfield Avenue, St Andrew, mounted a fiery road block yesterday to protest against the killing of one of their own, 18-year-old Chavane Austin.

They have pointed fingers at the police but the lawmen have denied any involvement.

Chavane was shot to death on Francis Lane yesterday afternoon on his way to catch water from a nearby pipe.

Chavane was described by everyone as a humble and well-mannered teen. His mother, Lilieth Walters, was a picture of grief as she stared at his passport photo.

Walters said she spoke to her son less than an hour before he was killed and he had told her that he was going to pick some ackees because he needed fare to start a new job today.

"Him carry di ackee dem come and mi say mi a go cook it and give him some food. Mi inna mi house a play when mi hear the shot dem and mi a wonda a wah but mi never know say a mi pickney dem a kill. Is a youth mi hear come tell mi say mi must run go look and same time mi see mi son lay down curl up and mi run go lay down on him and say Chavane get up but him don't move," she said.

Chavane's father, Keith Austin, appeared on the scene enquiring about the commotion. Upon hearing the news, he held on to his bicycle for support; his face went pale and he stood motionless for a few minutes before bursting into tears.

"Mi talk to mi kids dem every day and always a tell dem stay far from badness because dem can become somebody and break the poor cycle. A water him catch fi people sometimes and dem pay him. From morning mi have a bad feeling, enuh. Mi all a eat and mi food dash way and fi come hear dis. Mi can't believe dis. A last night (Sunday) mi sit down a talk to mi youth dem," he added.

One protester said that police searched Chavane earlier that day.

"Normally, when gunman kill man, police nuh come move him. But as the likkle bwoy dead dem take him up fast and all go way with a woman who did a video it. Dem all mash up people phone. Dis nuh right," she shouted.

But a senior policeman who tried to calm the angry crowd, told the news team that the police actually tried to save Chavane.

"The police had stopped him along with two other men where we questioned and searched them and let Austin go. We went away with the other two men and left the area," the lawman said. "Shortly after we got a report about shots firing in the area and a team was immediately sent back to the area and the young man was found suffering from gunshot wounds. We tried to assist him by taking him to the hospital and hoped he would have lived but unfortunately he didn't. We weren't the ones who killed him and we all sympathise with the grieving family."