US carries out the 1st federal execution in nearly 2 decades 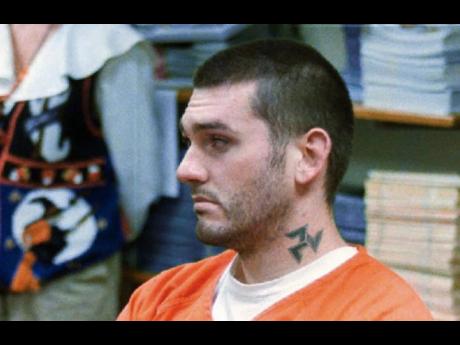 FILE - In this Oct. 31 1997, file photo, Daniel Lewis Lee waits for his arraignment hearing for murder in the Pope County Detention Center in Russellville, Ark. Relatives of the victims of Daniel Lewis Lee have pleaded for him to receive the same life sentence as the ringleader in the plot that led to the slayings. Now, family members say their grief is compounded by the push to execute Lee, of Yukon, Oklahoma, in the middle of the coronavirus pandemic.(Dan Pierce/The Courier via AP, File)

TERRE HAUTE, Indiana (AP) — The federal government on Tuesday carried out its first execution in almost two decades, killing by lethal injection a man convicted of murdering an Arkansas family in a 1990s plot to build a whites-only nation in the Pacific Northwest.

The execution of Daniel Lewis Lee came over the objection of the victims’ relatives and following days of legal wrangling and delays.

Lee, 47, of Yukon, Oklahoma, professed his innocence just before he was executed at the federal prison in Terre Haute, Indiana.

His final words were: “You’re killing an innocent man.”

The decision to move forward with the first execution by the Bureau of Prisons since 2003 -- and two others scheduled later in the week — drew scrutiny from civil rights groups and the relatives of Lee’s victims, who had sued to try to halt it, citing concerns about the coronavirus pandemic.

The pandemic has killed more than 135,000 people in the United States and is ravaging prisons nationwide.

Critics argued the government was creating an unnecessary and manufactured urgency for political gain.