Jamaica to get 30 new fire trucks 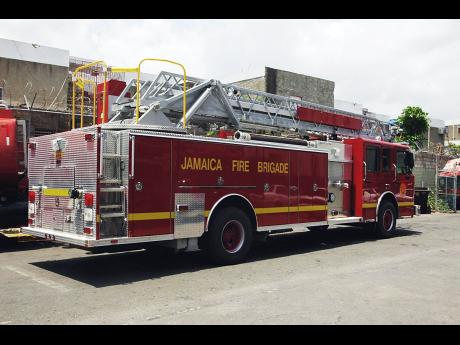 The Government is said to be acquiring 30 pumpers for the Jamaica Fire Brigade (JFB) at a cost of $3 billion.

Minister of Local Government and Community Development, Desmond McKenzie, who has portfolio responsibility for the JFB, says the first 16 units are slated to arrive next March, with the remainder expected by May.

Additionally, the Minister said the JFB has been provided with five command vehicles, which will also serve to boost the entity’s response capability.

He was speaking during the 2020/21 Sectoral Debate in the House of Representatives last week, on the theme ‘Building National Resilience through Continuous Investment in Local Government’.

Mr. McKenzie also announced that emergency medical services will be launched in Ocho Rios and St. Ann’s Bay, St. Ann, and the JFB will be provided with $248 million in equipment, including Jaws of Life cutting tools and bunker gears.

The Minister told the House that work to construct a new fire station in Old Harbour, St. Catherine, is slated to commence before the end of the 2020 calendar year.

He indicated that the facility, which is being built on the site of the original station in Old Harbour, is one of four on which work will either start or is already under way.

He further indicated that the facilities in Black River, St. Elizabeth, and Lucea, Hanover, will be repaired at a cost of $39.5 million, while adding that a new fireboat station was constructed in Montego Bay.

Meanwhile, the JFB’s complement of firefighters will be further boosted with the addition of 85 recruits, who Mr. McKenzie said, are now in training.