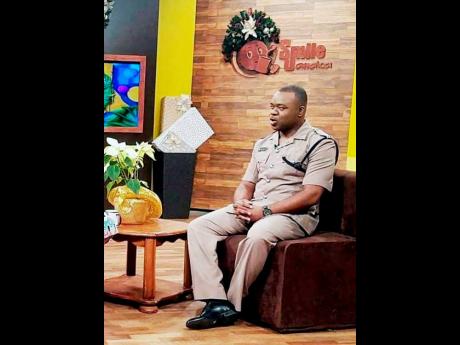 The Westmoreland police are mourning the loss of one of their members, following the death of Deputy Superintendent (DSP) Omar Morris, who was killed in a motor vehicle crash in St Elizabeth on Wednesday night.

Initial reports are that about 8 p.m., Morris was driving his Honda Accord motor car along a section of the Shaws main road, near Holland Bamboo, when his vehicle collided with a minibus heading in the same direction.

It is reported that Morris was attempting to overtake the bus. Both vehicles crashed into an embankment, but Morris' car rode the embankment and plunged into the river below.

The police and fire department were summoned. Both drivers were taken to hospital where Morris was pronounced dead.

Yesterday, when THE WEEKEND STAR visited the crash scene, dozens of civilians and police officers were present.

Morris, 37, was recently transferred to Westmoreland, and was travelling from his home in St Catherine, to the Savanna-la-Mar Police Station, when the crash occurred.

Commanding Officer for Westmoreland, Superintendent Robert Gordon, said that Morris was the operations officer for the division, and joined the division little more than three weeks ago after serving in the Corporate Area.

"DSP Morris completed approximately over 14 years in the Jamaica Constabulary Force, and he is a DSP, so obviously one can see that he was a young man with great promise," said Gordon. "He was very insightful, listens well, and has a caring side, because he also cares a lot for the troops under his command."

Gordon said that Morris was also a tourism liaison officer, who was responsible for grooming the district constables who patrol Negril. He said that he was instrumental in their recruitment and training.