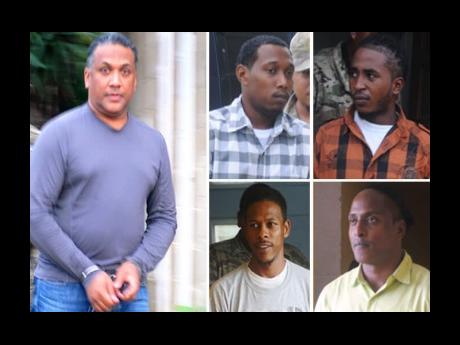 BELMOPAN, Belize, Jul 31, CMC – Justice Antoinette Moore has sentenced five men to life imprisonment for the July 2016 murder of a pastor, whose  severed head was discovered at a bar in the pickup truck of the convicted men.

“The crime was particularly heinous in terms of the beheading and the judge in her ruling …made the point that she wants to send a message out in the society to try to quell the violence that we are seeing in our society. So I think that considering all that we know that transpired in this case, I think that it seems an appropriate sentence,” said attorney Bryan Neal.

The men – William “Danny” Mason, 49; Ernest Castillo, 23; Keiron Fernandez, 32; Terrence Fernandez, 34; and Ashton Vanegas, 27, – had been found guilty on December 3, last year for the brutal killing and beheading of Pastor Llewellyn Lucas. Justice Moore had presided over the trial and had adjourned sentencing to this month.

During the trail, the court heard that on Saturday, July 15, 2016, Lucas went to visit Mason at his sprawling farm, located around Mile 32 on the George Price Highway.

That same evening, Pastor Lucas’ head was found wrapped in a plastic bag inside a bucket in the covered pan of Mason’s vehicle.

Justice Moore said there were no eyewitnesses of the murder, that the prosecution’s case was based on circumstantial evidence, and electronic and video evidence.

“I am satisfied that the Crown has discharged its burden that the deceased died from harm,” Justice Moore said then.

Following the three-day committal hearing, the Mason Five, as they were dubbed by the media, were taken to the Belize Central Prison to begin their sentences.

As the men left the court Mason told reporters “I have a lot to say right now, but…. I’ll leave that to the lawyers.”

Attorney Norman Rodriquez said all the men, except Ernest Castillo, got life sentences.

Castillo got parole at 30 years because he was 20 years old at the time of the murder. He has also participated in a number of rehabilitation programmes by the Kolbe Foundation while on remand.